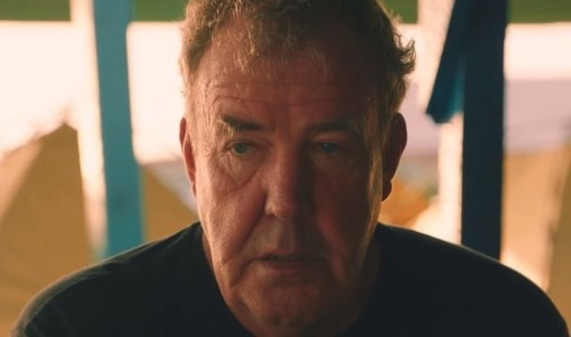 The Grand Tour fans how had their hopes up for the highly anticipated “Madagascar” episode have seen them dashed. Again. It feels like another Richard Hammond car crash. What happened? What does IMDb show now?

Early this week, The Grand Tour fans started to feel hope that they could see one more episode before this dreaded year rolls out. Amazon-owned IMDb had updated the “Madagascar” listing. The big change was a December 4, 2020 air date.

But, on Wednesday, that changed. Again. “The Grand Tour Presents: Madagascar” is still listed on IMDb. But, according to that updated listing, there is no air date. Instead, the Release Page now says, “It looks like we don’t have any release dates for this title yet.”

The Grand Tour fans have been down this road before. Back in August, IMDb had posted that the “Madagascar” episode would air on September 4, 2020. “Madagascar” was the second episode of Season 4. Eventually, it was deemed a mistake.

Looks like IMDb repeats mistakes, because it happened again.

According to Grand Tour Nation, the Amazon-owned IMDb shared the incorrect release date. Again. They had “reached out” to The Grand Tour team. They “confirmed” that the December 4, 2020 was not correct. Yet, they did not share what is the correct air date.

Meanwhile, Amazon Prime has not shared any sort of release date or other information. Right now, the Season 4 released only one episode, “Seamen.”  That particular episode aired on Friday, December 13, 2019.

Since that release, fans learned more about the changes made to the show. Previously, they used to have discussions in the tent. The former Top Gear stars would interview celebrities, and test out cars.

With Season 4, the intension was to focus on big travel adventures. “Seamen” took place in Southeast Asia. The next adventure they filmed was “Madagascar.” Then, Covid-19 struck. This was just prior to the team heading to Russia in March 2020. That trip was canceled. They were laid up. Producer Andy Wilman got Covid. Recently, they managed to get to Scotland to film. So right now, the count is two episodes filmed.

Meanwhile, the world is still in the throes of the coronavirus pandemic, it does not look like The Grand Tour will get back to normal anytime soon.

Something about laughing here pic.twitter.com/GTIegYk4aM

What We Know About The Grand Tour ‘Madagascar’ Episode

According to the current listing, “Madagascar” is now listed under The Grand Tour Season 5, Episode 1. The descriptions sounds absolutely delightful. Calling this a “special,” instead of an “episode,” Jeremy Clarkson, Richard Hammond and James May start their adventure in French island La Réunion. Somehow, they wind up in Madagascar.

Will there be a “Toyboata”? or another sort of sailing device? That is not clear.

What is clear is that fans are getting tired of waiting for “The Grand Tour Presents: Madagascar.”