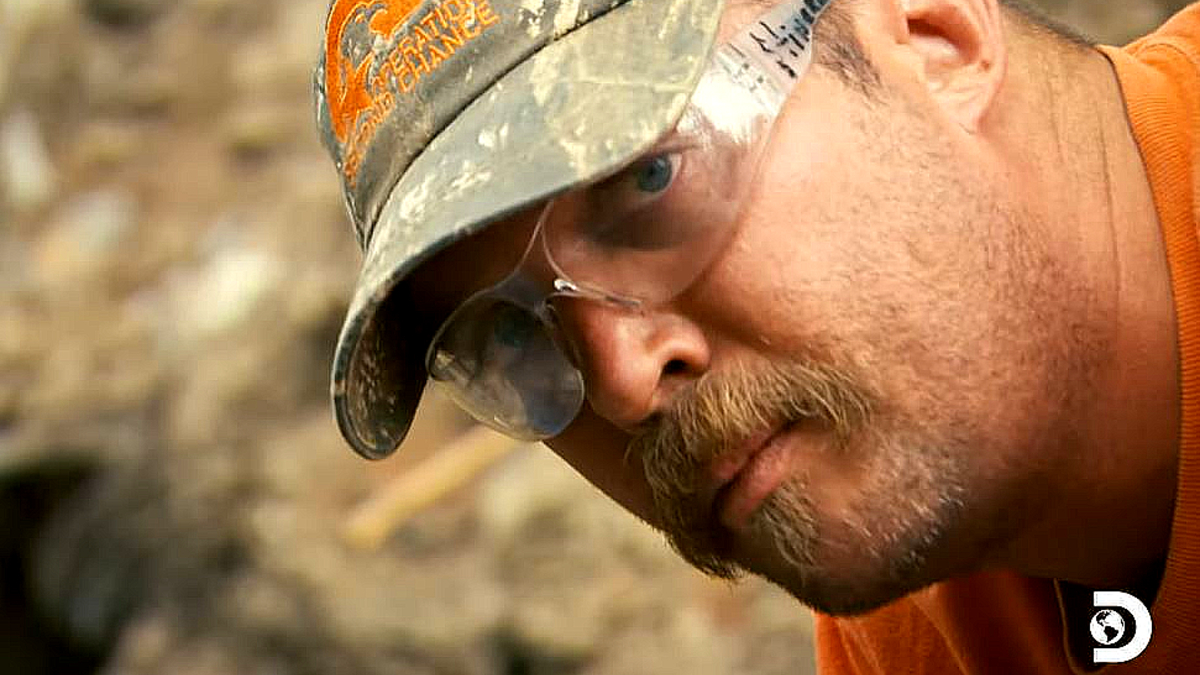 On the next Gold Rush for Discovery this Friday, we get an intimate behind-the-scenes with one of Fred Lewis’ men named Johnny Stanz, a war veteran who had little to no chance of walking or talking after a horrific explosion in Afghanistan.

You will meet Stanz, who is featured below in TV Shows Ace exclusive clip. It’s a heart stopper.

Fred hired Johnny as part of his crew in his first foray into mining. Fred’s team includes veterans Kendell Madden who served in the Air Force; Stuart McKenzie, a former infantry sniper whose hand was blown off by a roadside bomb then reattached. Stuart is now a bodybuilder.

Also part of the Lewis crew is Stefan Generally, a Green Beret who served for 26 years with 12 deployments; Kyle Pletzke, whose pelvis was shattered in a rollover accident in Afghanistan and our clip subject—John Stanz—a former Marine raider with two Purple Hearts who was in a coma after being blown up by a roadside bomb.

Johnny was given a zero percent chance of living and they said he’d never talk.

Stanz is in our clip below, as he tells us about his path to working as a gold miner which still shocks everyone who knew his story.

The narrator sets the mood as he shares the background. After leaving the Marines on a medical discharge, Stanz is looking for a new direction in his life. Enter Fred Lewis who has taken him on for mining.

Stanz is hard at work and says: “I had to retire after 10 years in the Marine corps, when I got a really bad brain injury from getting blown up in Afghanistan by a roadside bomb. I mean, I was incredibly lucky because two guys in the in the vehicle died immediately.”

He shows the graphic imagery captured on his cell phone, and says: “I actually got some pictures on my phone…um, I was in the bed of the truck manning the
squad automatic weapon when the bomb went off.”

Johnny was hurt so bad that the doctors rated his chance of walking or talking again at zero.

He concedes that he is not fully healed. He says: “Still not a hundred percent but definitely better than I could be and look at me, gold mining. How many people can say that? I  have zero percent experience mining gold…mining anything. but started to think man I could strike it rich.”

He is working on something with Fred as he gets some direction, and follows up his thought. He says: “This job is gonna prove definitely to be pretty tricky. I
mean…for a guy with a brain injury that’s never mined before, it’s gonna be a freaking task but I like challenges. Why would I have become special operations in the Marine corps if I didn’t like challenges?”

As Fred talks him through the task, an unforeseen calamity happens right as cameras are rolling. Stanz has either fallen or collapsed during the filming of his segment. Luckily for him, Lewis is a trained medic.

Hopefully the prognosis is good and he will recover: