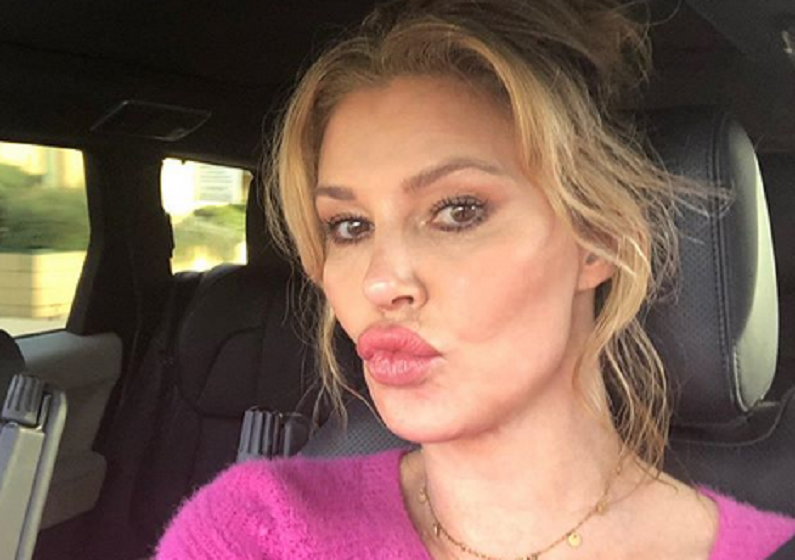 RHOBH fans accused Brandi Glanville of cashing in on Erika Jayne’s divorce. She quickly posted an article about Erika Jayne’s divorce to Tom Girardi. The RHOBH alum used her platform to secure her wallet by posting clickbait. It’s no secret that reality stars love to post clickbait on Twitter or Instagram.

If a celebrity posts an article in their Instagram Story with the caption “link in my bio,” it means they get money for clicks. Some fans thought Brandi was taking a shot at Erika amid the news. The timing is interesting since the former Housewives star is trying to get her way back onto the show.

What did Brandi Glanville do?

As TV Shows Ace previously reported, Real Housewives of Beverly Hills star Erika Jayne Girardi filed for divorce on Tuesday, November 3 from longtime husband, Tom Girardi. The news shocked fans. Brandi Glanville used this opportunity to make some quick cash. Just hours after the news broke, Brandi posted a photo of Erika Jayne and her husband to her Instagram feed along with a link to a celebrity gossip blog.

The RHOBH star says it wasn’t her

Brandi Glanville took to Twitter to make the announcement. She claims that she didn’t make the post about Erika and Tom’s divorce.

“I took a Xanax earlier because of what’s going on in this world,” Brandi tweeted. “I didn’t see the post on my IG about @erikajayne until this eve & I deleted it the second I saw it. As I’ve said in the past [I] lease my social media out. I in no way would’ve been that insensitive.”

Over the summer, Brandi revealed that she sometimes leases her social media accounts. She allows websites to post links to articles and ads on her platforms. But she doesn’t always agree with the news that appears on her feed.

I took a Xanax earlier because of what’s going on in this world. I didn’t see the post on my IG about @erikajayne until this eve & I deleted it the second I saw it. As I’ve said in the past o lease my social media out. I in no way would’ve been that insensitive

“I f***ing lease my Twitter & IG out to entertainment magazine so please don’t think that’s my f***ing opinion,” she tweeted back in May. “I’m here to make money.”

However, back in August, she claimed that she would have more control over her social media. Brandi told her fans that she would be able to post whatever she wants. RHOBH fans assumed she was going to spill the beans about her alleged affair with Denise Richards.

However, some fans were confused about Brandi’s post about Erika’s divorce. They took to her latest tweet to call her out.

“Sis you also said you were taking your social media back so like make up your mind,” one fan wrote.

Meanwhile, another user said that Brandi should fire whoever manages her social media. Some users noted that the insensitive post is still visible on Brandi’s Instagram Story. RHOBH fans were shocked when Erika revealed she split from her husband. The Pretty Mess singer has since asked for privacy as she deals with this divorce, but it hasn’t stopped people from talking about it.