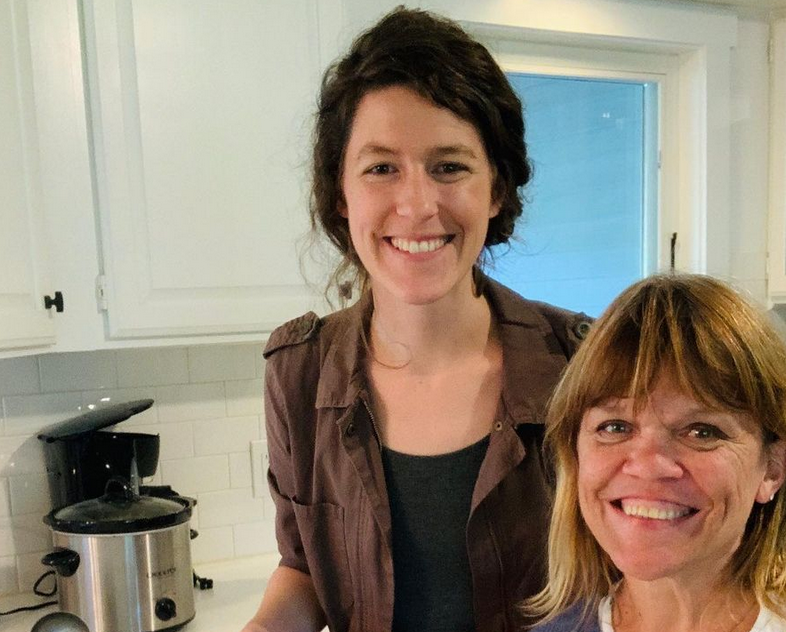 As Little People, Big World fans know, Molly Roloff is no longer on the family’s show. In fact, Zach Roloff and his wife Tori are the only kids to have stuck around. Of course, this doesn’t mean that Amy and Matt’s other kids aren’t a part of their lives.

Matt and Amy’s son Jeremy and his wife Audrey have a big social media presence, but they stepped away from the show. Also, Jacob and his wife Isabel are active on social media. One family member that fans don’t hear about often is Molly Roloff. She’s choosing to live a more private life though.

On Monday, Molly made a rare appearance on her mother Amy’s Instagram page. Amy shared a video of herself baking with Molly. This is an older video from when Amy last visited Molly. Molly and her husband Joel Silvius live in Spokane, Washington.

Amy writes, “Fall is the perfect time for some baking, so I’m resharing my visit with my daughter Molly where we made bread together!” Amy encourages her social media followers to relax and bake something.

As mentioned, Molly isn’t on Little People, Big World anymore. So, fans like to see photos and videos of her whenever the other family members spend time with her. In response to Amy’s video, many fans are talking about how happy they are to see Molly again.

One writes, “Omg I missed seeing beautiful Molly!💝” Another adds, “I haven’t seen molly in years!! It’s so awesome to see her again. I miss her on the show!”

Plenty of fans are saying that they miss her and they wish she was on the show again. Of course, fans understand that reality TV isn’t for everyone. Plus, Molly doesn’t live near the rest of her family so being on the show may not work out.

Is Molly on social media?

While Molly does have an Instagram account, she’s keeping it private. She has fewer than 200 followers, and those followers are likely people that she’s close to. For example, her mom Amy follows her.

After growing up in the public eye, Molly seems to want some space. So, she doesn’t share her social media pages with Little People, Big World fans.

So, what do you think of the video of Amy and Molly Roloff? Share your thoughts in the comments section below.