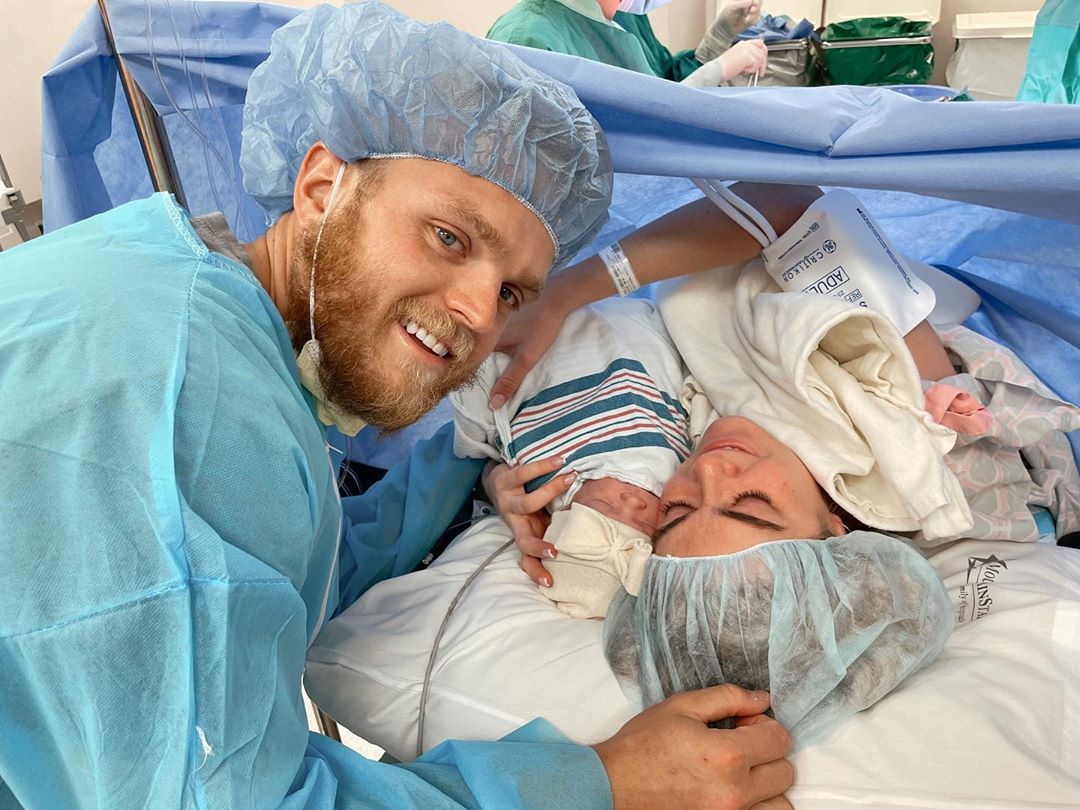 Lindsay Arnold finished up her nursey just in time! The Dancing With The Stars pro announced on Instagram she delivered her daughter today.

“The most beautiful surprise on this very special day 💕💕 Baby Girl and mama are healthy and well 💕 more details to come but wanted to share this first pic of our little family 💕 #birth #mama #babygirl #csection #pregnancy #39weeks,” she captioned the photo. 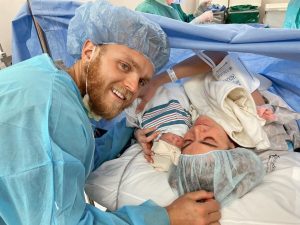 Lindsay Arnold Wasn’t Always Sure She Was Having A Daughter

Back in May, Lindsay told PEOPLE she believed she was having a boy.

“I was already looking at boy nursery ideas and boy names. We were both extremely shocked, but so happy. Our whole family was just as shocked. We all didn’t think this was going to happen!” she said at the time.

But no matter what, Lindsay is just happy to have a healthy, happy child.

“I would’ve been truly happy no matter if it were a boy or a girl,” she added back in May. “But knowing it’s a girl, I’m so excited to help her through life and hopefully pack on things that I’ve learned throughout the years being a woman and growing up as a girl. It can be tough and I look forward to encouraging her, supporting her and helping her find things that she’s passionate about and that she loves. That means a lot to me.”

Lindsay Arnold has three younger sisters. This new baby will have no shortage of strong, female role models to look up to. So many people are already so excited to meet the baby girl.

For now, Lindsay and her husband Samuel are keeping details to themselves. But fans can be sure she will share photos and the baby’s name before long. The DWTS pro has been very open throughout her pregnancy journey.

And there is more exciting news. Lindsay Arnold’s best friend, fellow DWTS pro Witney Carson is expecting too. She sat out the season as well. The two women recently showed off their baby bumps at Lindsay’s shower back in September. 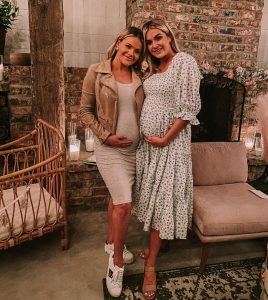 Witney is expecting a son and isn’t due until January. However, fans already know their babies will grow up together. Some joke that the children are practically betrothed.

Lindsay Arnold usually tunes in to watch Dancing With The Stars and cheer on her friends, but she has a lot on her plate tonight.

If you miss her though, don’t worry! She said in the past she really hopes to return to Dancing With The Stars next season. If the show airs in the fall of 2021, Lindsay says she has plenty of time to train and get back into shape.

Follow her on social media and keep an eye out for those photos in the meantime!

Josh Duggar: Prosecution Is Doubtful He Would Ever Seek Treatment
Joy-Anna Forsyth Gets Slammed For Exposing Son To ‘Sickos’?
‘Below Deck Down Under:’ Why Did Magda Ziomek Get Fired?
Jason Duggar Breaks Silence On Josh’s Sentencing & ‘Poor Decisions’
Malia White To Crossover On ‘Below Deck Down Under’?