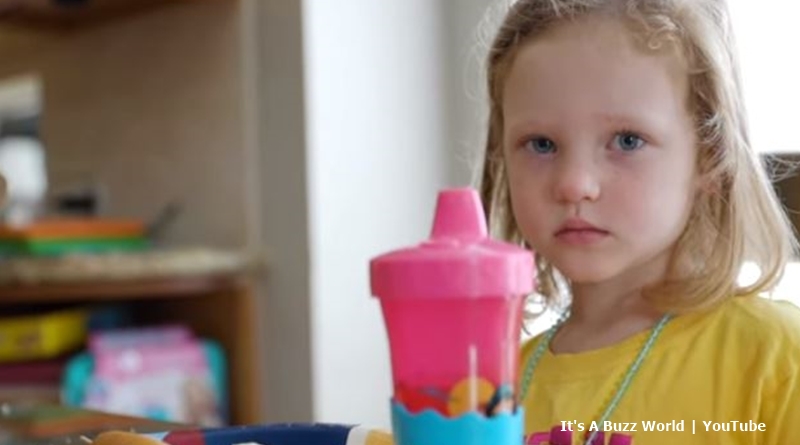 OutDaughtered aired only a few episodes last season due to the coronavirus. And, fans hoped they follow up soon with more about the Busby family in Season 8. Well, a premiere date remains elusive. But in the meantime, Adam Busby posted up content he filmed for last season that you never saw.

On his Instagram and on YouTube, Adam Busby told his fans that they filmed a lot of stuff earlier this year. He thought they’d use it in the last season of the TLC show. But, it all got cut short, and he forgot about it. So, he put it all together and placed the footage that TLC didn’t use on his own vlog. Mainly it focuses on when the family all fell ill with Flu.

Adam explained that the episode is all “about the Flu” and not about “COVID-19.” Actually, we reported in January that Danielle fell ill with the Flu. And then, the quints also fell sick. Adam and Blayke stayed safe from it and helped the others get through their illness. So, the footage that Adam Busby shared probably referred to that time. The video that the OutDaughtered dad shared runs for about 20 minutes.

In the opening scene, Riley sounded a bit confused. When Adam asked her about Flu, she said, “it only gives shots.” But, Adam said she never got shots. Then, it cut to sweet Hazel who said they fetched in “some medicine.” Shame, her face looked a bit flushed and clearly some of her perkiness dampened down. When Adam asked Riley why they visit Dr. Kimble, she said, “I don’t know.” It seems that she felt if she ignored it, maybe the sickness would disappear.

The OutDaughtered quints all stood tall as the assistant measured their height. And, Parker came out as the tallest. And, Hazel as the shortest quint. Next, they went for their nasal swab which made the OutDaughtered quints uncomfortable. But, Adam reminded them that they always “stick their fingers up there anyway.” Parker, Ava and Olivia seemed the bravest. But Riley and Hazel hated the swab.

After the “booger” swab, Riley brightened up a lot as they all got some popsicles for being “good.” Then, Adam talked to the camera and said the quints ran a bit of a fever. But Danielle felt “horrible all week.” Adam noted she went for two Flu tests but the first one came back negative. The second time, it tested “positive for strain B.” While they waited for the tests, the kids played “I spy with my little eye” and counted the blue cars in the parking lot.

As Parker and Blayke showed no symptoms of fever, they went onto Tamiflu. And, of all the quints, she tested negative. But unfortunately. before bedtime, Parker also ran a fever. So, Adam ended up with all the quints and Danielle sick at the same time. Adam explained they all went through a rough night.

It sounds like Adam hardly slept with the house full of sick little girls. And, poor Lulu threw up on the floor. Well, they all recovered now, but Adam probably remembers those difficult days for years to come.