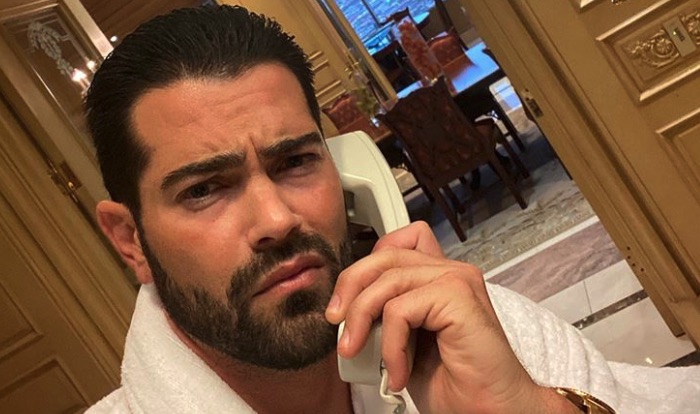 DWTS competitor Jesse Metcalfe may have been voted off with his ’80s dance, but he has an upcoming project that fans will want to catch.

On Sunday, Jesse Metcalfe went to Instagram to share an announcement. “I HAVE AN ANNOUNCEMENT!!!Martha’s Vineyard Mysteries’ “Ships in the Night” is coming in early 2021…hope you enjoy the teaser! 🚔🩸👣🔍👁👊🏼” That’s a lot of emojis! Are they a clue?

In the video are scenes from the new Martha’s Vineyard Mystery: Ships In The Night. This is the third movie from the Hallmark Movies & Mysteries series.

In the video, Jesse shared “Join me, Zee and the entire Vineyard crew.” The Desperate Housewives alum didn’t share an exact premiere date, but it will air in 2021, after the Miracles of Christmas ends sometime early in January.

The first movie in the series, A Beautiful Place To Die, first aired in January 2020. The second, Riddled with Deceit, aired in February 2020. Not only is Metcalfe starring in the series, but he is also an executive producer. In addition, the 41-year-old does his own stunts, in his portrayal of the ex-cop, Jeff Jackson.

Where is the murder this time? Jesse did reveal that this time, it happens in an art gallery. But, he didn’t divulge the murder weapon!

Because Metcalfe was competing in Dancing With The Stars Season 29, filming for the latest episode began sometime in late-July/early August. Jesse shared some of the Covid-19 protocols that are now required when filming a movie.

Describing the protocols as “rigorous,” Jesse Metcalfe explained that prior to flying from LA to Vancouver, he took a Covid-19 test. Then, he was required to have a 14-day quarantine. He could not leave his hotel room for any reason during this time.

Before they began shooting in nearby Victoria, BC, he had to have a second Covid-19 test. During filming, they all had to stay in pods. That means that actors stayed together, and so forth. Everyone had to wear a mask. Actors removed masks when in front of the camera.

Then, there was the kissing scene. With Hallmark, there is usually one or two kisses. Before they could smooch, both had to get a topical spray splashed across their faces. After the kiss, they had to each use a special mouthwash.

Will Martha’s Vineyard Star Be In A Christmas Movie?

But, we can safely assume he will be working on Chesapeake Shores Season 5 soon. In July, Hallmark renewed the series. But, Hallmark has not shared when production on that show will start.

That should be Jesse Metcalfe’s next big announcement.