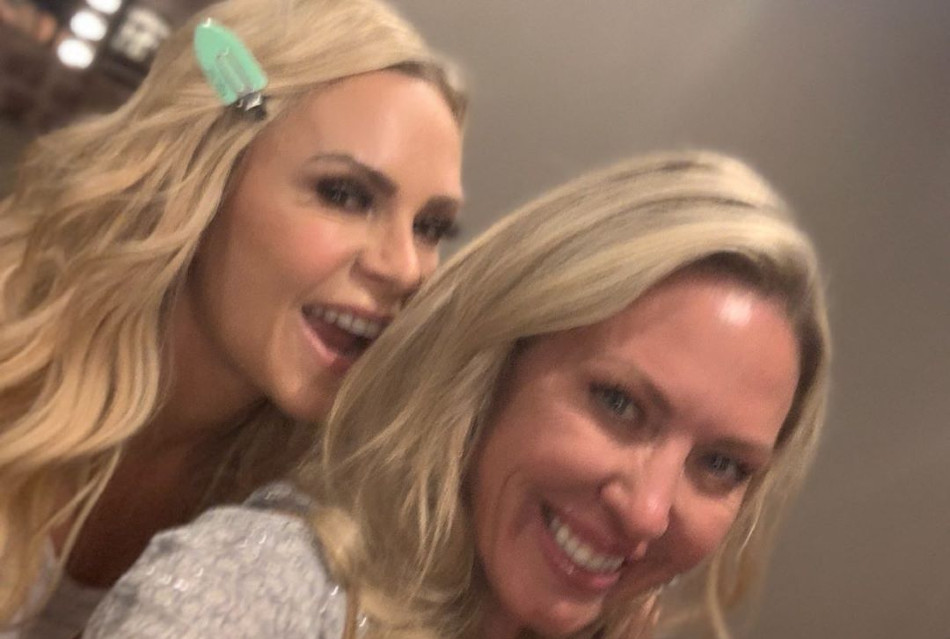 Tamra Judge isn’t about to take the fall for the drama on The Real Housewives of Orange County. The Cut Fitness owner left the show ahead of Season 15. But she was still front and center on the latest episode.

On the Wednesday, October 21, episode of RHOC, Braunwyn tries to figure out how to avoid drinking during a night out with Shannon. During a previous get-together, Braunwyn claimed she couldn’t drink because she was “on a cleanse.”

During the car ride to dinner, Braunwyn again told Shannon that she wasn’t drinking that night. In a one-on-one interview, Shannon said she thought Braunwyn was pregnant again. And Braunwyn correctly guessed that Shannon would think that. In fact, Shannon whipped a pregnancy test out of her purse.

But no, Braunwyn is not pregnant.

During the Season 15 premiere episode, things escalated quickly when Braunwyn looked straight at the camera and said she was an alcoholic. Earlier in the episode, her co-stars, including Emily Simpson, were talking about Braunwyn’s drinking.

Apparently, the RHOC cameras captured a lot of drunken Braunwyn moments. They chose not to air that footage last season, but they are bringing it out this season! Braunwyn confessed to Emily that she has a drinking problem, noting that Emily was the only one to call her out on it.

Braunwyn said in a confessional that she was nervous about telling Shannon. She thought Shannon might not want to hang out with her anymore. However, Braunwyn no longer felt she had a choice but to tell her co-star. She claims that her mother, Deb, blackmailed her into confessing.

How Did Tamra Judge Get Drawn into the RHOC Drama?

Tamra Judge and RHOC OG Vicki Gunvalson both left the Bravo show earlier this year. Reports vary whether they left on their own or were fired. Both have said shady things about their former co-stars.

So, neither Tamra nor Vicki were happy when their names were brought up on the show. Vicki Gunvalson took to her Instagram after the show to BLAST her former co-stars. She wrote, in part, “I am NO LONGER on #RHOC but it seems that i am a HOT TOPIC in lasts[sic] night’s episode (AKA some of these women have NO storyline without me).”

However, it was Tamra Judge who took the ‘blame’ for Braunwyn feeling like she had to tell Shannon the truth. During the episode, Braunwyn revealed that her mother already told Tamra that Braunwyn had a drinking problem.

Tamra denies that in the comment of a fan’s clip from the show. According to Tamra, Dr. Deb (Braunwyn’s mom) sent her a DM to ask about Simon Barney. As fans know, Tamra’s ex-husband is battling cancer.

Furthermore, Tamra says that Dr. Deb “ simply said [that Braunwyn] isn’t drinking … that’s it!!!!” Tamra also claims that Shannon is the one causing the drama. While Shannon and Tamra are no longer speaking, they were when filming began. And Tamra reveals that Shannon called her to talk about Braunwyn.

According to Tamra, Shannon “said she thinks B [Braunwyn] is pregnant and she’s gonna buy her a pregnancy test and give it to her on camera.”

Braunwyn Only Speaking to One RHOC Co-Star

Despite Tamra’s allegations, Shannon is the only one Braunwyn is still speaking to, per Us Weekly. The details haven’t been revealed yet, but Braunwyn and the other women have a falling out at some point. Fans will have to tune in to RHOC to see what happens.

Do you think Tamra is the one who outed Braunwyn’s drinking problem? Scroll down to the comments and leave your thoughts.