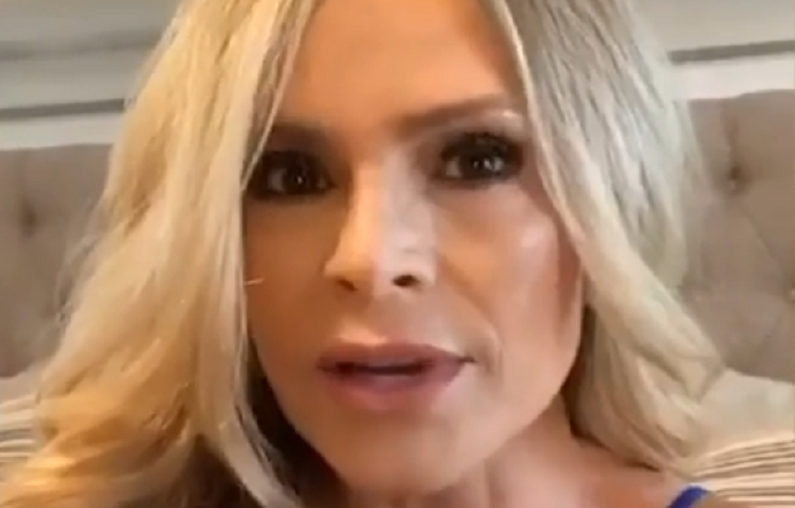 Tamra Judge was the hot Housewife of the OC. Could she join the beautiful cast of Selling Sunset? It makes sense. Tamra always applauded herself for her looks. But she’s no longer the hottest Housewife in Orange County. Some would say that title now goes to Braunwyn Windham-Burke.

In February, Tamra announced her departure from The Real Housewives of Orange County. She focused on her other endeavors since then. She even reinstated her real estate license. Recently, she was spotted with Flip or Flop cast member Tarek El Moussa and his fiance, Heather Rae Young, of Selling Sunset. Does that mean she has plans to join the Netflix series?

The RHOC alum shared a photo of herself having dinner with the reality stars on Instagram. The photo showed herself with the three of them, including her husband, Eddie Judge. Fans assumed that Tamra Judge could be joining the hit series.

“Dinner with the most amazing down to earth people,” Tamra wrote in the caption of her Instagram post.

While Tamra revealed that she’s not joining Selling Sunset, some of her followers suggested that she should join the series. Others just want to see her back on television. On Tuesday, October 20, Tamra said on an appearance on RealiTea with Derek Z that Tarek and Heather are just her friends, not her potential co-stars.

“So we’re just friends. That’s it. We’re just friends,” Tamra explained. “Heather moved to Newport to be with Tarek and she doesn’t have a lot of friends out here. She’s into fitness and I’m getting into possibly flipping houses.”

Heather and Tarek plan to marry next year. Tamra revealed she wanted some advice from Tarek. She’s currently embarking on her career in flipping homes in Southern California. Tarek has made a successful career out of it.

“Of course, Tarek is full of knowledge when it comes to that,” Tamra said.

Does the RHOC alum plan to return to TV?

The fourth season of Selling Sunset hasn’t been confirmed by Netflix. Despite not joining the series, Tamra Judge teased that she will return to television on another network.

“I have been approached by another network and I’m just taking my time,” the VENA CBD founder said. “I’ll let you know when I know everything is solid.”

Why she left the Bravo series

Fans are still wondering why Tamra Judge left The Real Housewives of Orange County. Just a few weeks after her shocking announcement, the 52-year-old said she was fired because she asked for too much money. The other reason had to do with ex-husband Simon Barney’s cancer diagnosis. His private health crisis played a role in her exit.

Tamra previously dealt with Eddie’s heart problems. And now, Simon’s cancer diagnosis was a wake-up call for the personal trainer. She knew she could no longer film the show since she had to be there for her children. However, fans are hoping that Tamra and Vicki Gunvalson will get their own spinoff series like other former Housewives.

Would you like to see Tamra on Selling Sunset? Do you think she should get a spinoff? Share your thoughts below in the comments section.