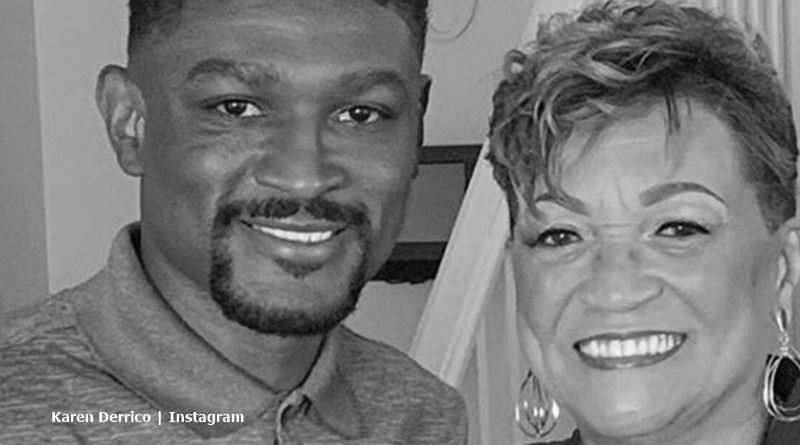 Sonfew’s a word that Doubling Down With the Derricos fans heard about in the first season of the TLC show. Eric, Deon Derrico’s nephew seems more like a son to Deon and Karen. And, fans saw him in the show as he helps with raising their 15 kids. Now, Eric celebrated a birthday, and Deon posted up a very touching message.

How Eric fits into the family of Deon Derrico

We reported on all the characters that fans see in the show. And, one who never features at all. Apart from Karen and Deon, fans met Deon’s mom Marian Derrico. Grandma GG came in and helped with all those kids when Karen birthed her latest set of triplets. And, fans also met Eric Jefferson and his wife Mami Fefe. But, fans never saw Derron Derrico in the show. And we noted that this adopted son seems estranged from the family. So, he doesn’t help out with the kids like Eric does.

Maybe Eric replaced Derron in Deon’s heart after their relationship broke down. Fans seemed very interested in Eric. And, as so many of them wondered about the nephew, Screenrant checked into it. Initially, fans thought that Eric featured as a friend of the family. And, the outlet reminds fans that at the start of the show, Eric got introduced as a “tenant.” But, fans soon realized that they seemed much closer than friends and tenants. It turned out that Eric’s Deon’s nephew and he calls him his ‘Sonfew’ as he thinks of Eric as his son.

On Monday, October 19, Deon took to Karen’s Instagram. The Doubling Down With the Derricos dad said that his account gives him a few issues, so he used his wife’s. He shared a photo of Eric with one of the babies. In his caption, Deon wrote, “Happy 31st Birthday 10/19/2020 Eric Derrico @innate.fighter.” Then he described Eric as the “best family member and bonus son.” He also noted that “God blessed” them with a “bonus child.”

Deon loves the way he looks after the “little siblings.” And, he also keeps a lookout for Deon’s mom. The Doubling Down With the Derricos dad also noted, “words just can’t express how much we love you for being you!!” Then,  he described Eric’s “love,” “kindness,” and “sincere ways.” Deon said that they love and admire him a lot. And Deon ended by saying, “We will forever have your back and we look forward to you having children so that we can spoil them as you have our babies.”

This is me DEON DERRICO writing this from Karen’s Instagram as mine is acting up . Happy 31st Birthday 10/19/2020 Eric Derrico @innate.fighter you have been the best family member and bonus son we could’ve ever asked for on rare occasions GOD blesses parents with a bonus child and in this case GOD, has blessed us with you. The way you take care of and look after your little siblings is unmatched as a big brother. Keeping our children at you and GG’s house and even you looking after my mother GG, and protecting her… words just can’t express how much we love you for being you!! The way you love, care for, protect us, your kindness, you’re trustworthy, honest, and sincere ways is simply loved and admired . We will forever have your back and we look forward to you having children so that we can spoil them as you have our babies. Your going to be a great father some day. @deonderrico @marian.derrico @darianderrico . . #DEONDERRICO #EricDerrico #TheDERRICOs #DDWTD #LargeFamily #Love #Son #Children #ItTakesAVillage #Family #Birthday #FromBoysToMen

TLC fans quickly fell in love with the whole family. And, they really liked the message that Deon put out for Eric on his birthday. One of them commented, “He seems like the best friend/family a person could ever have!!💙💙 hope you have a great birthday Eric!!!!!!🎂🎁🎉.”

Others also said that they liked Eric on the show, and he deserves all love that Deon and Karen hold for him.