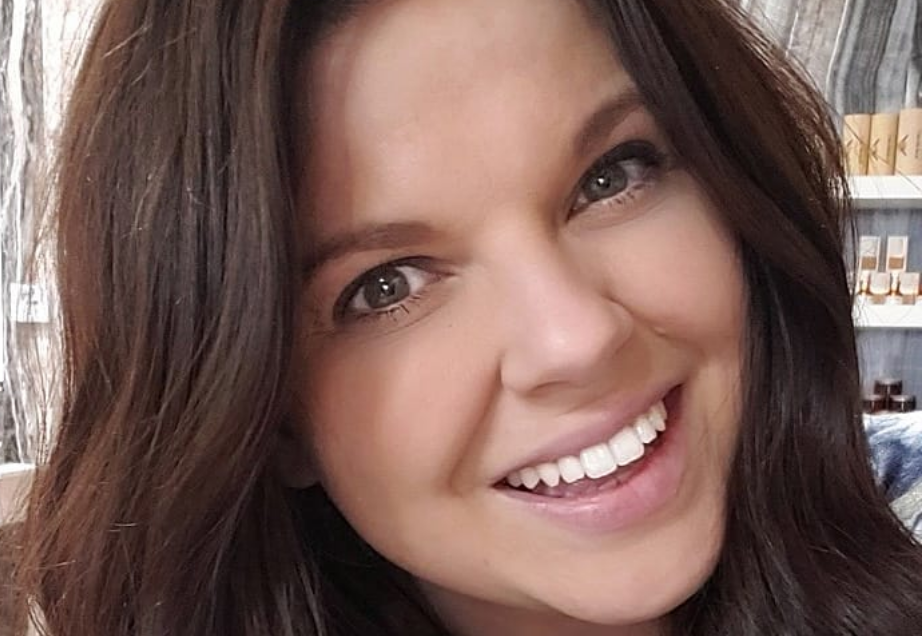 As TV Shows Ace reports, Amy King revealed that a fan thinks she needs to have more kids. The Duggar cousin received a nasty message from one of her followers, urging her to get pregnant again. Some fans think that the message is fake, but Amy is arguing that it’s not.

Amy is currently a mom to one son, Daxton, who just turned one. While she seems to be happy raising her son, this social media user told her she needs to “pick up the pace.”

Because Amy was so worked up about the message she received, she made an entire Instagram post about the situation. She ranted about how her body is still recovering. She also got upset, as she doesn’t think that the stranger should tell her what to do with her body. While she was going off about the message, did Amy possibly shade the Duggars?

As many fans of Amy King know, she’s a member of the Duggar family. She doesn’t typically associate herself with them, but she is pretty close with her cousin Jill Dillard. In the past, Amy has worked hard to set herself apart from the Counting On family. Of course, this is how she got her fame, and there’s no way to completely separate herself from that.

Nonetheless, it’s possible that Amy’s response to the rude message is a slap at her famous family. In the post, she writes:

“I am an only child, and I think I grew up just fine. So cheers to the mama’s who decide to have one child! Honestly we are teetering on that idea. Some women are designed not to have large families. I am one of them. Too much noise, chaos , it’s just not for me. But kudos to those mama’s who do! God gave you super human strength. Deep down even though in a way it terrifies me I’d love to foster or adopt. It’s exhausting always being compared to other people. I’m in my thirties now, away from that show and I’m so over it. It just has to stop.“

Fans of the Duggars know that having a big family is important to them. The married couples are seeming to have their kids close in age, and their families are growing quickly. But, as Amy says, she’s no longer a part of that show. As she’s talked about before, she’s her own person. But, fans can’t help but wonder if she’s trying to send a message to the Duggar family by saying she may not have a large family.

Whew! Ok..I'm just going to leave this here… I tried so hard not to post this . But . I literally had to speak my mind! ( when have I not?) This is a message I received yesterday. I think what really got to me was the fact that this total stranger apparently knows my body so well!?🥴 and literally tells me that my body is ok to produce more childen. Ready for my rant!? Of course you are!! ◇ First off I'm flabbergasted that someone would have the audacity to type these words to anyone!! I mean. Who in their right mind says " I think your body is ready to pop out more kids" to a total stranger?!🙄 This is for all the "Karen's out there." ◇My body has been through alot and it gave me the sweetest boy ever. Yes of course it was worth it. But I still need to heal. C- sections are no joke and vertigo is/ was very hard on me. I still get dizzy sometimes but I'm getting stronger everyday. ◇ Also. I AM TIRED. Anyone else!? This pandemic has been so rough on so many people and my business has taken a hit just like so many others. I need to be on my A game. I need to give it my all . I need to stay creative and focus on 3130. Children are such a blessing, but I can't imagine being pregnant again right now. I'd be unmotivated, emotional, stressed out and not in a good head space and that's ok to admit. ◇ I'm a very hands on mom, and I also want to give my son my full attention. This toddler stage is so amazing and I don't want to miss a thing!◇ A women's body is not a factory!! Yes our bodies can do miraculous things! But I hate that phrase" pop out" umm. No. It's WORK. And our bodies go through alot! ◇ I am an only child, and I think I grew up just fine. So cheers to the mama's who decide to have one child! Honestly we are teetering on that idea. ◇ Some women are designed not to have large families. I am one of them. Too much noise, chaos , it's just not for me. But kudos to those mama's who do! God gave you super human strength ◇ Deep down even though in a way it terrifies me I'd love to foster or adopt. ◇ It's exhausting always being compared to other people. I'm in my thirties now, away from that show and I'm so over it. It just has to stop.