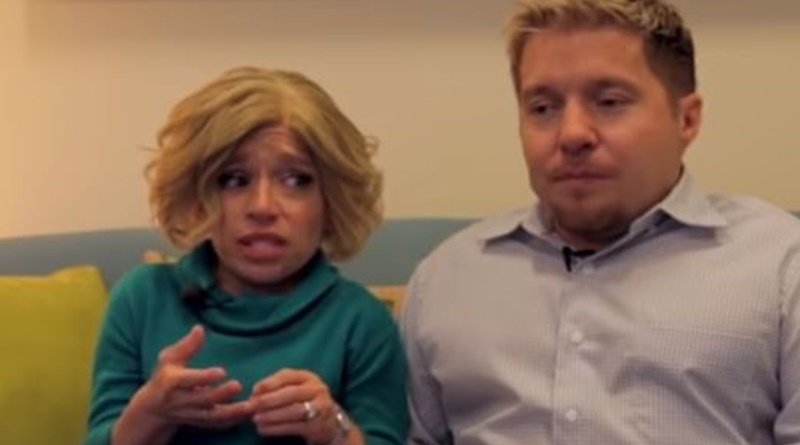 Recently, The Little Couple family celebrated Zoey turning nine years old. And now they celebrate her adoption day. For Jen Arnold and Bill Klein, it brings back many very special memories of their daughter. Born in 2011, Zoey joined their family seven years ago in 2013.

The Little Couple gave Zoey a new shot at life

Zoey turned nine years old in September. And, we reported that Jen shared about it with a “quote from the Dr. Suess books.” She captioned the picture of Zoey with, “Today you are you, that is truer than true. There is no one alive that is youer than you.- Dr. Suess HAPPY BIRTHDAY TO YOU, my amazing Zoey!” Zoey looks very happy living in Florida with her adopted parents. But, it took her a while before she accepted Jen as her mom.

TLC featured Zoey’s adoption in 2014. They already raised young Will, and one scene revealed when he met his little sister for the first time. Poor Zoey looked very uncertain about what went on. And, in one The Little Couple scene, Jen and Bill talked about how hard it was for  Zoey to adjust. Jen said that Zoey lived in a “rough setting” in India. Whereas, Will, from China, experienced better conditions. So it took her longer to adapt to American culture.

InTouch Weekly reminds fan that Zoey took a long time before she settled in. But nowadays. you wouldn’t know it. The little girl always smiles and literally glows with love for her life. Jen shared about Gotcha Day on Instagram on the anniversary of her adoption. She posted up a photo of her daughter. Zoey looked very cute in the picture which Jen decorated with two heart emojis.

The Little Couple mom captioned it with, “Happy #gotchaday to our Indian princess #Zoey. 7 years of amazing being your mom! Spending the evening watching @tlc episode of your Gotcha Day is making me cry.” Naturally, fans of the show commented about it. One said, “I remember her being terrified of you guys at first. Look how far she’s come!” And another one noted, “❤️ So happy and thankful that you have your sweet angel. I remember that show like it was yesterday! ❤😍❤.”

Happy #gotchaday to our Indian princess #Zoey. 7 years of amazing being your mom! Spending the evening watching @tlc episode of your Gotcha Day is making me cry #momlife #adoption #zoey #littlecouple

Many fans treated it as her “birthday.” For some fans, Zoey’s life really started when Jen and Bill took her out of the orphanage in India. So, people wished her a happy birthday. Meanwhile, others talked about Gotcha Day. One said, “She’s grown up to be quite a young lady. Happy gotcha day Zoey! Xoxo your huge fan!!”

Life really turned around for Zoey. Could she ever have even imagined that one day she’d garner fans from all over the world and star in The Little Couple on TLC?