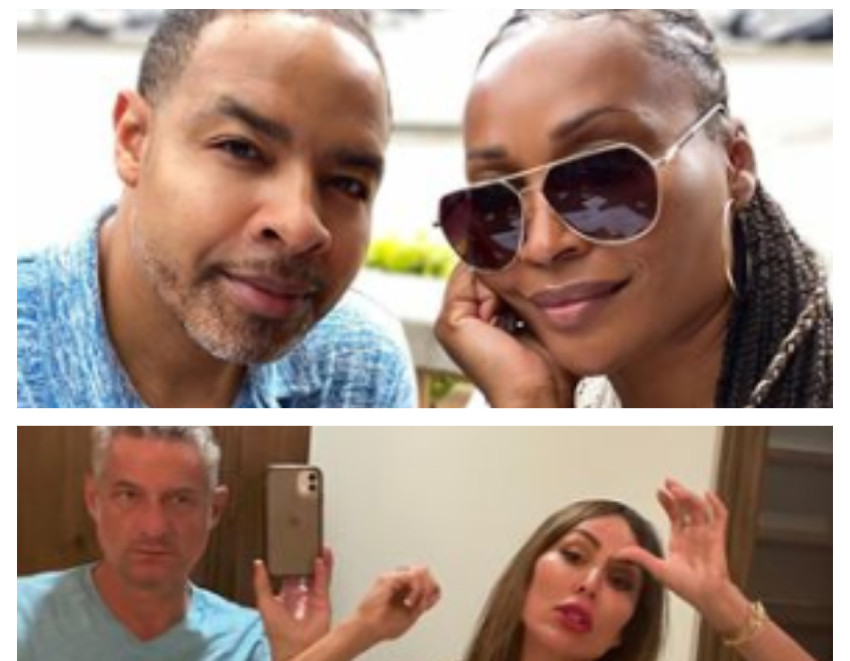 It’s a nice day for a Housewives wedding. It’s a nice day to start again. RHOA’s Cynthia Bailey and RHOC’s Kelly Dodd both chose October 10, 2020, as their perfect wedding date months ago. While many other celebs and non-celebs chose to cancel their nuptials amid the pandemic, the two Real Housewives went full steam ahead.

The Real Housewives of Atlanta star Cynthia Bailey got engaged to Mike Hill in 2019. The pair immediately set a 2020 wedding date. They originally planned an outdoor wedding, but had to change to an indoor wedding due to Hurricane Delta.

The bride-to-be made sure to adhere to the CDC guidelines in order to keep guests safe during a pandemic. Guests wore both masks AND face shields. If anyone broke the guidelines, Cynthia said they would be asked to leave. However, it seems everyone was willing to adhere to the wedding requirements.

Cynthia’s daughter, Noelle, gave her away at the altar. E!News notes that several of Cynthia’s RHOA co-stars attended, including Gizelle Bryant.

While Cynthia has yet to share photos of her wedding, Instagram fan account @queenofbravo did. Other slides include snaps of other RHOA stars at the wedding. Check it out:

A few of the RHOA stars have come out to deny their involvement. The rumors focus mainly on Porsha Williams and Tanya Sam. One of the strippers at the party also spoke out to deny the rumors. However, fans still think something went down.

But we’ll have to wait until Season 13 to find out! The Bravo show is filming a new season now, without NeNe Leakes, who is on the outs with the network.

A new season of RHOA isn’t the only Housewives franchise fans can look forward to. RHOC Season 15 premieres this week. That isn’t the biggest news from the OC. Kelly Dodd also got married this weekend!

The reality star married Fox News correspondent Rick Leventhal on 10/10/20. She opted for an outdoor ceremony in picturesque Napa, California. Her original wedding venue was scrapped after the on-going wildfires. But E! News reports that she “tied the knot on the lawn of a private estate.”

While Cynthia Bailey opted for a light-colored dress, Kelly Dodd chose a casual all-black ensemble. She shared a sweet photo with her new groom on her Instagram.

I’m so excited to be Mrs. Leventhal!!! Thanks @jeremyjfraser for our photography

Additionally, Kelly Dodd shared a photo with her daughter, Jolie, her maid of honor in the ceremony.

I lived in SF for almost 10 years .. I ❤️Napa and have lots of friends here. They’ve been through so much with the wildfires & one big reason we still wanted to get married here was to support local businesses. Thank you! ❤️

The outlet also reports that the 30 wedding guests were given “custom-made masks with Rick and Kelly’s names and wedding date” to wear. However, the embattled Bravo star posted videos of the reception to her Instagram Stories. Guests were not wearing masks in those videos, but the videos are no longer on her IG Stories.

As fans know, Kelly has made several controversial comments throughout the coronavirus pandemic. She routinely flouts the quarantine guidelines, and thumbs her nose at wearing masks.  In fact, fans have called Bravo to fire her. Some fans suspect that the network may be re-editing Season 15.

The show was supposed to premiere last week. But now The Real Housewives of Orange County will return to Bravo on Wednesday, October 14.

Be sure to follow our social media for all the latest TV news.