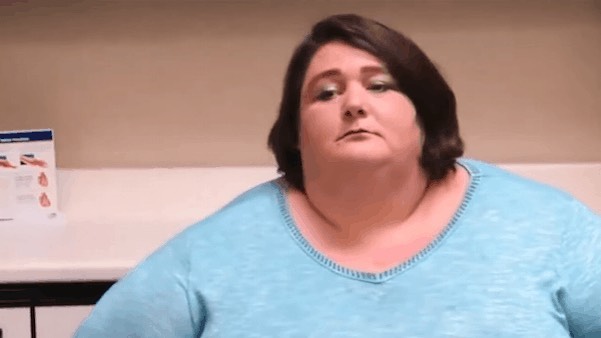 Coliesa McMillian, a Louisiana native, passed away on September 22 at the age of 41, just six months after her episode of My 600 Lb Life.  Her family is now asking for help with funeral expenses.

At the time of filming, Coliesa weighed 643 lbs. and had already suffered a heart attack and other serious health problems. All her health issues were made more severe resulting from her obesity. Doctors were not able to correct most of the damage done to her heart because of her weight.

Death announcement from the family

Coliesa McMillian’s family posted on social media to announce the sad news. The Facebook post read that the family cannot begin to express how they are feeling at the moment. They shared that the reality star passed away at 10:23, and now, they would want the fans to respect their privacy. They need it now. A family member anonymously commented to share that Coliesa’s weight loss surgery took away her life. The family revealed back in June about her being out on life support. They told this family member that she “almost died” after suffering from some complications in her surgery.

A rough road ahead

Altogether, she has been on a long journey, but she has an even longer journey to go. She is a fighter. She is now confined to a bed 24/7. And is in a lot of pain. She can not do anything like she used to. But she is there.’ Then in August, the family hinted that Coliesa’s health had gotten worst. The family revealed that she unfortunately was back in the hospital. Shortly after the news of her mother’s death was revealed, Coliesa’s daughter Hannah shared a touching tribute to her on Facebook. ‘These two my guardian angels. Imma miss you mom I already do,” her daughter wrote.

The family is having a hard time excepting the loss of their family member, Coliesa McMillian. They are asking for help in raising money to bury the 41-year-old mother. The Go Fund Me page has only received $35 of the $10,000 they are seeking. In the show’s eight-year history of being on the air, eight patients have died since appearing on the show. My 600 Lb. Life has had more than 100 participants featured on the show so far.

Starcasm reached out to the family about the fundraiser, they told us they hoped fans would be as generous toward Coliesa in death as she was toward other people in life. Rest In Peace Coliesa, you put up a great fight!

Make sure you don’t miss future episodes of My 600 Lb Life on TLC.