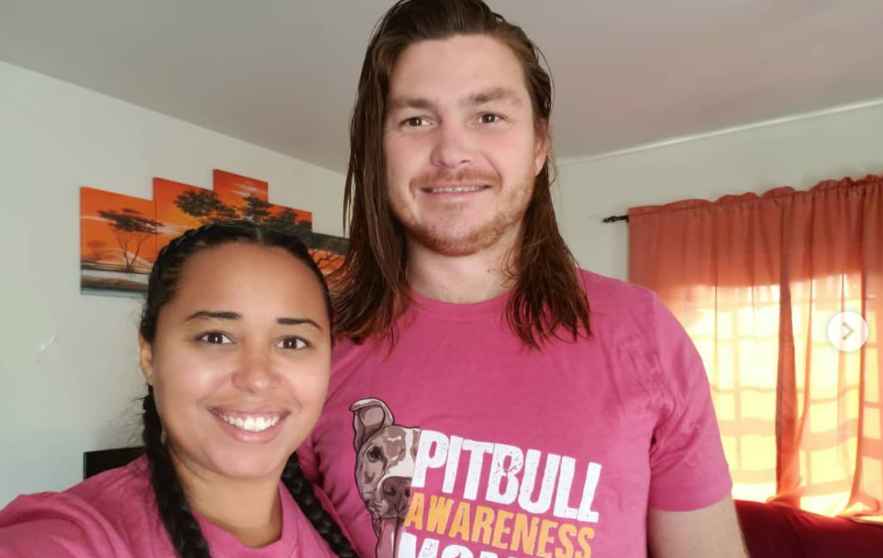 The 90 Day Fiance: Happily Ever After? Tell-All proved to be a real eye-opener in many ways. This includes fan favourite Syngin Colchester and his American wife, Tania Maduro. The couple has had its ups and downs over the years. However, these came to a head on their visit back home to South Africa. As soon as Syngin landed in Cape Town, he felt that was where he was meant to be. However, they did go home to Connecticut.

While Tania and Syngin’s relationship was left in the air at the end of the season, the Happily Ever After Tell-all revealed a lot. In fact, a number of eye-opening revelations about the pair came up on the show. This includes when fellow cast-member Colt Johnson asks Syngin if he was prepared to give up drinking to save his marriage. Surprisingly for some, Syngin responds with an emphatic “No.”

Colchester went on to be “very honest,” saying he will not give up drinking for probably his whole life. He said, “I enjoy a cold beer. I enjoy the beverage. I enjoy the time with it. And if that bugs her, that just means I must get somebody who doesn’t say I’m an alcoholic.” Mind you, after saying that, he did admit that he doesn’t love drinking more than his wife. In fact, Syngin loves her “the most.”

Syngin’s best South African friends, Andrew and James, were also on the Tell-All. Shaun asks them if they think Syngin has a drinking problem?  One pal says, “No,” and goes on to give three reasons. He firstly asked Syngin if he was working, to which he replied “Yes.” Colchester is then asked if he has any employment issues due to his drinking? Syngin replied, “No,” while Tania admitted he had just started his new job. The TLC reality star pointed out he had no problems with his previous jobs over drinking.

Tania and Syngin and having children

The other controversial issue that came up on the Tell-All was the subject of children. All along, Tania has expressed her wish for having children, while Syngin has veered away from the subject. So naturally, when Shaun asked Syngin if he wants kids, Colchester responded that right now, he doesn’t want to have children.

Colchester said he thinks that bringing children into the world is a big responsibility. Syngin said he still has “a lot of searching from my own self” to do before planning kids. He said this is just being honest. However, Shaun then asks if he ever wants to have children, to which he replied to the negative. He said, “I don’t see myself having a child.”

Tania immediately looks shocked, saying “Wow,” before saying they have talked about children before while in South Africa. According to her, Syngin never said he was “against” having kids. Colchester pipes up, “Talking about kids was once…” but Tania said it wasn’t just once.

Shaun pushes a bit more, asking if he can see himself and Tania having children in “five, 10 years from now?” Syngin said he can’t give her an answer five years from now. He turns to Tania and says, “Then it’s too late for you.”

When Shaun asks Tania whether she could wait five years, she said “No, I don’t think so.” The TLC reality star said she wants Syngin to have thoughts about the future, including if children are a possibility. Tania admits she hasn’t asked Syngin for a “definite yes or no” regarding having children.

Is there a future for the 90 Day Fiance couple?

It is difficult to say whether Tania and Syngin have a true future together. They have revealed their different takes on life, but will hopefully be able to stay together and maybe have kids someday.

90 Day Fiancé: Happily Ever After? Season 5 is now officially over. However, have HEA Strikes Back to look forward to, which will air on Mondays at 8:00 pm ET on TLC.