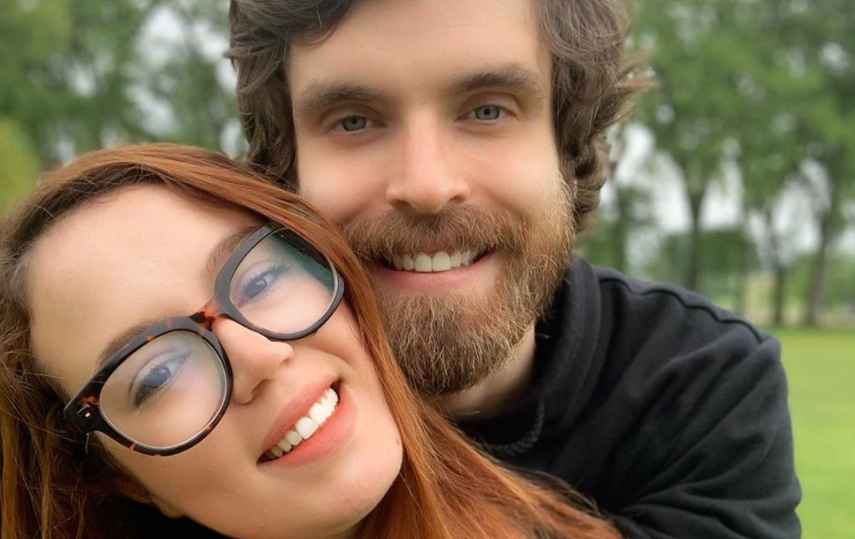 So, now we have some good news about Jess and her handsome new beau, Brian Hanvey. Thanks to Larissa Lima and her boyfriend Eric Nichols, the TLC reality star has met the perfect man. Let’s learn more about the undeniably handsome and talented singer/songwriter.

While the first episode of the 90 Day Fiance: Happily Ever After? Tell-All was negative for Jess, there is some better news. The fiery redhead introduced her new love on the Tell-All.

Jess was just a fling to mommy’s boy and “playboy” Colt Johnson. Along the way, he has confessed to cheating on her with Vanessa Guerra. Colt also admitted to sending d*ck pics to eight other women on social media, all while Jess was in Brazil. Meanwhile, despite the fact that Colt and his mom, Debbie tried to ruin her life, she is doing just fine. The TLC reality star is reportedly happily married to her musician boyfriend, Brian Hanvey!

90 Day Fiance fans have watched Colt and Larissa’s Lima’s marriage spectacularly failing. They have also seen Johnson’s relationship with pretty redhead Jess. Colt has openly admitted he loves fiery Latino women and seems to go for one after another. His mother, Debbie, has been deliberately spiteful to Jess and told her she prefers Larissa over her.

Despite the fact Colt isn’t exactly a hunk (e.g. he has bigger boobs than some women!) he manages to get into relationships with lovely women. He also repeatedly cheats on them. Jess was contacted by the eight women to whom Colt had sent explicit images. She finally broke up with him during a final confrontation.

Jess had some good luck when she was going through hell with Colt, as she had a meeting with his ex, Larissa Lima. In fact, the pair is now the best of friends. Larissa and her new love Eric Nichols introduced Jess to their friend, Brian Hanvey.

It turns out Eric had introduced the world to Jess and Brian’s new relationship by posting a behind-the-scenes poolside image from a music video filming with Larissa and Brian. They were shooting a video for Brian’s song If I Scream in my Sleep. Later on, Larissa introduced her new friend Jess to Brian and they hit it off right away.

According to Hanvey’s Instagram page, he is a singer and producer and lives in Las Vegas. Brian is originally from Detroit, is 26 years of age and his birthday is September 4. Screen Rant notes he attended Macomb Community College.

Going under the name “Mansion,” Hanvey was previously associated with the band Leave It To Tragedy, where he was a bass player. 2018 saw Brian joining Vegas Lights Band as a vocalist, where he produced their debut single “Cali Ya.” He now seems to be going solo in his singing career and has released a new single, No Trust.

You can hear my new song “No Trust” on Spotify and all other major platforms right now! Click the link in my bio to hear it! Song was produced by @leaveittoethan and mixed and mastered by @andrewrpguay. #spotifyartist #spotify #newmusic #alternative #trap #hiphop #playlist

As for his hobbies, Hanvey enjoys photography, road trips and hiking and spending time with his new love Jess!  They reportedly got married in Michigan in September and both parties are wearing rings on their ring fingers. Since getting married, they have moved to Las Vegas, where they celebrated Jess’s 28th birthday. The happy pair went on a trip to Seven Magic Mountains at Sloan, Nevada.

Now Jess has introduced Brian to 90 Day Fiance fans on the Tell-All, it raises the question, will they be the latest couple to star in the TLC reality franchise? Hopefully, for Jess, they will choose to stay away from the cameras, although it would be nice for fans to see the Brazilian beauty enjoying life!

The final episode of the 90 Day Fiance: Happily Ever After? Tell-all airs on October 5 at 8 pm ET/PT on TLC.