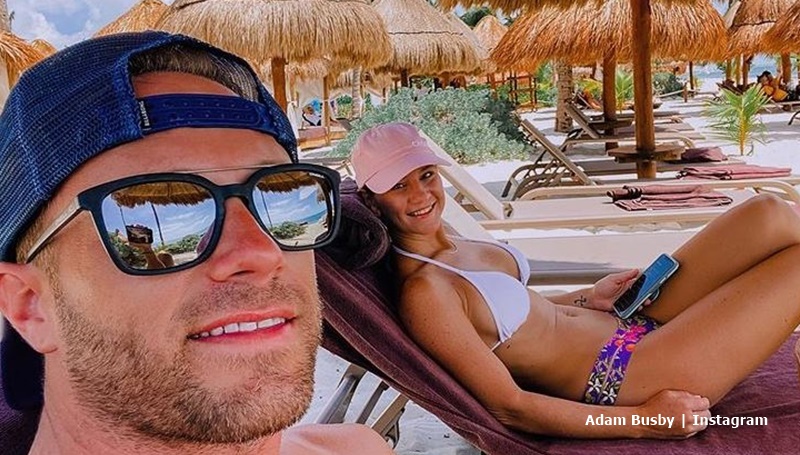 OutDaughtered fans heard that Adam and Danielle Busby immediately started raising donations and help for Hurricane Laura victims. Although they live in Texas, both of them grew up in Lake Charles, Louisana, where the hurricane caused massive damage. But apart from that, the hurricane probably triggered memories of their wedding.

OutDaughtered – a hurricane impacted on Adam and Danielle’s wedding

After the hurricane, Adam shared photos of his dad’s home. It looked extensively damaged. But luckily, his parents went down to Houston and took shelter there. The aftermath revealed that many people lost everything. And, the problem still remains fully unresolved over a month later. Adam and Danielle’s massive efforts for donations obviously helped a lot of people. And, not just family and friends. In fact, TLC fans stepped up generously.

2020’s not the first time that a hurricane caused massive damage in Lake Charles. In fact, 63 years ago, Hurricane Audrey got the rep for being one of the most catastrophic events in Louisiana. And, in Lake Charles, “a statue at a mass grave site exists at Highland Memorial Park.” Plus, other storms that hit the area include “Ike in 2008, both Rita and Katrina in 2005, Andrew in 1992, Camille in 1969,” and “Betsy in 1965.” And, Rita impacted on the OutDaughtered couple’s wedding.

This makes a Daddy’s heart proud. Train up a child in the way he should go, Even when he is old he will not depart from it. ‭‭Proverbs‬ ‭22:6‬ ‭‬‬ #itsabuzzworld #lifeafterLaura #LakeCharlesStrong #serve

Country Living reported about the hurricane and Danielle’s wedding. Married in 2006, after Hurricane Rita, the couple struggled to even find a venue. The storm arrived in late September 2005. Adam and Danielle married in April 2006, about six months after. Even so, the severe damage meant a lot of venues suffered extensive damage. So, a shortage of wedding venues existed. Danielle told the outlet that arranging the wedding raised some challenges. Danielle noted, “Hurricane Rita wiped out Lake Charles and pretty much every venue was damaged.

Eventually, the OutDaughtered couple found a “little chapel” and married there. Nevertheless, they didn’t mind too much. She added, “We were young and in love, so we didn’t really care about where and what it all looked like.” They just looked forward to “officially” committing in front of God to be together forever.” And, despite the challenges of the wedding, their marriage certainly worked out okay.

Fans look to the TLC couple as marriage goals

These days, many fans admire the way Adam and Danielle work hard at their marriage. They make a plan with date nights and believe if they nurture their own relationship, the whole family wins. It takes a lot of time to raise the quints and Blayke, plus running their businesses. So, OutDaughtered fans with similar or even fewer family members applaud the way they stay strong as a couple.

What do you think about Hurricane Rita impacting on Adam and Danielle’s wedding venue? Do you think Hurricane Laura probably brought back memories of that time? Sound off in the comments below.