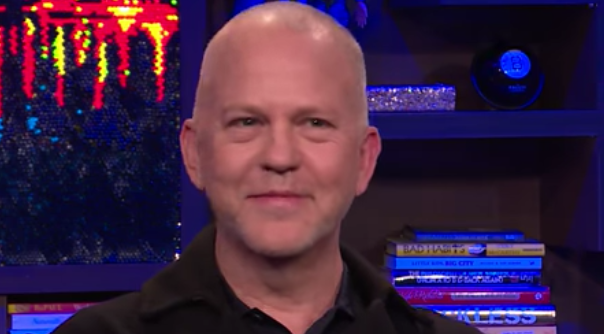 The producer of American Horror Story is ready for his next Netflix project. Ryan Murphy is hot right now with his new series Ratched premiering on Netflix. The newest venture will be a limited series about serial killer Jeffrey Dahmer. Murphy created the series with Ian Brennan. Told mostly from the perspective of Dahmer’s victims, it will cover from the nineteen-sixties to the nineties.

Richard Jenkins is taking on the role of Dahmer’s father. His chemist father taught him how to preserve animal bones from a young age. There is still a casting call out for the actor to play the lead in Monster: The Jeffrey Dahmer Story. Shows like American Horror Story and Ratched show the type of gore and shock Murphy isn’t afraid to go for. This new series will be no different.

What Will Ryan Murphy Do With Dahmer’s Story?

Ryan Murphy has a habit of putting a different spin on serial killers. He did that in American Horror Story: 1984 with Richard Ramirez. The role of Glenda Cleveland, a neighbor who tried to tell the police about Dahmer, has not been filled either.

The series covers at least ten times Dahmer and managed to get away when he should have been caught. When he finally got arrested in 1991, police were horrified to realize he not only killed his victims but ate some of them as well. Serial killers continue to terrify and fascinate the nation and more shows and movies featuring them are a demand across all demographics.

Zsa Zsa and Liberace had an amazing time at The Met Ball. What a fun inclusive night it was. One of my fav moments of the night: leaving and walking down the pink carpet and marveling at the thousands of feathers and beads left behind.

What Happened To The Real Serial Killer?

Ryan Murphy will call on his collaborator on the show Pose, Janet Mock to direct and write several episodes. Carl Franklin from Mindhunter will direct the first episode according to People. The charges against Jeffrey Dahmer were for fifteen murders. He received a life term for each charge after the court proceedings aired on television for two weeks.

Dahmer got killed in prison just three years after his sentencing. Murphy is doing a lot for horror and Netflix. In addition to Ratched, popular shows The Politician and Hollywood have also thrilled viewers. He also released a new movie, The Boys in the Band starring Jim Parsons, Matt Bomer, Zachary Quinto, and several others. Murphy signed a deal in 2018 according to Stylecaster for five years and three hundred million. He’s also going to adapt Stephen King’s story, Mr. Harrigan’s Phone for Netflix. Blumhouse, a huge horror producer, will also be involved in producing the story from King’s newest collection of novellas, If It Bleeds, according to EW.

According to TV Guide Monster will be Ryan Murphy’s most gruesome project yet. Production will start in January 2021. There will be ten episodes of the series. Monster and Harrigan’s don’t have release dates yet, but fans are keeping an eye on Ryan’s social media for updates.