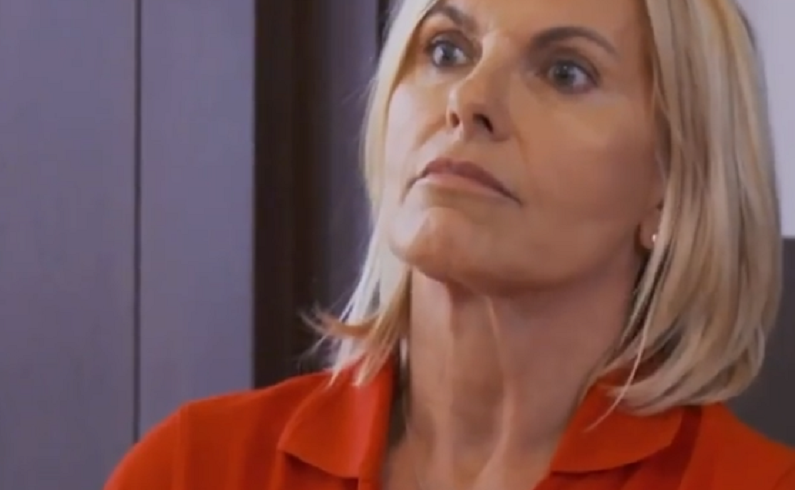 Below Deck alum Adrienne Gang is not happy with Captain Sandy Yawn. She already came under fire for her behavior on the show. During Season 5 of Below Deck Mediterranean, she fired both Hannah Ferrier and chef Hindrigo “Kiko” Lorran on separate occasions. Recently, fans slammed her for a bizarre video she made.

As TV Shows Ace previously reported, Sandy claimed bosun Malia White is “secretly gay” in a Cameo video that went viral. Malia confirmed that she split from chef Tom Checketts on Instagram. So, Sandy took it upon herelf to speculate over the cause of their split. Needless to say, it didn’t sit well with Adrienne.

Adrienne Gang reacted to the bizarre incident. On Twitter, she wrote, “In reference to the @BookCameo @CaptSandyYawn did about #MaliaWhite being ‘secretly gay’ Sandy, how f***ing dare you #MaliaDeservesanApology #PrideAdvocateMyAss #BelowDecKMed.”

Adrienne also made it clear that she’s on neither #TeamSandy nor #TeamMalia. As fans know, Adrienne came out as bisexual on Season 1 of Below Deck. That didn’t stop fans from questioning about her personal life. The former Bravo star said she found Sandy’s comments “hurtful.” She also thinks Sandy should known better as a lesbian herself.

“As a gay human in the limelight Sandy of all people should know how her words will impact someone,” Adrienne continued in her Twitter thread. “I am soooo disappointed and disgusted by this. It’s made me definitely worse by the way she laughs about it.”

Adrienne reminded Sandy that most Below Deck fans will side with Malia on this fight. She doesn’t think it was right for Sandy to out Malia, even if she turned out to be gay. Adrienne said she’s “flabbergasted” by Sandy’s behavior.

“Malia, if this is true, then I hope you find your own way to tell your story,” the chief stewardess wrote. “If it’s not, then Sandy owes you a Royal f***ing apology. Smh.”

The Below Deck Med star did issue an apology. But then Sandy said on Instagram Stories that her words were “taken out of context.” But the video didn’t look as if it was edited or modified in any form.

“I was wrong for making that comment,” Sandy said. “That clip was taken out of context. It was sliced to make it into something it was not. My apologies to Malia!”

Malia has previously responded to Sandy’s video. She denied the claims. The reality star also said that if she were gay, she would be out and proud. Fans think Sandy should be more empathetic to those who are afraid to come out.

What are your thoughts on Adrienne’s response? What did you think of Captain Sandy’s apology? Sound off below in the comments section.