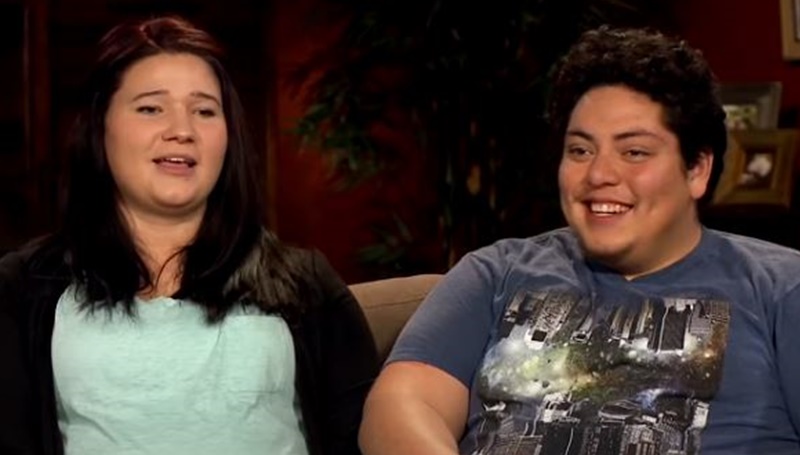 Sister Wives fans heard from Mykelti less than a week ago that she denied she’s pregnant. But then, the news came out a few days later, that in fact, she expects Kody Brown’s third grandchild. But, when Christine Brown shared the news on her Instagram, Mykelti’s husband Tony Padron picked up some trolls.

We reported that Mykelti and Tony hoped for a baby for “four years.” Although rumors came and went about them expecting a child, it never happened. But finally, the family broke the happy news. On her Instagram, Mykelti shared that their baby comes along “in march 2021.” In fact, there’s a possibility that fans may see that in a future season of the TLC show.

In an earlier report, we mentioned that Tony Padron hinted at that possibility. “One fan asked, “Please return to Sister Wives. I would have loved your commentary on Kody’s polygamy palace blueprints last season!” Well, Tony replied to that. He said, “thank you! I hope to soon.” Fans seem almost as excited as the Brown family at the news that another baby comes along. But unfortunately, Tony also picked up a lot of trolls once the baby got announced.

TV Season Spoilers noticed that when Christine Brown shared the happy news on her Instagram, trolls slammed Tony. Some critics called Tony effeminate as his hair grows long. Others body-shamed the dad-to-be. One nasty troll commented, “Congratulations but jeez hope it doesn’t look like it’s dad.” And another one wrote, “All I could think is that woman needs to shave her mustache 😂.” Then, another horrid comment from someone with a feeble following of 57 people said, “He is frightening looking now!!! Does he even have a job???”

Well, Sister Wives fans hated that people could possibly troll on a young man they never met. Especially, when the news comes about a happy event. So, plenty of them slapped back at the trolls. One said, “Wow…. as a mom reading these comments makes my heart hurt and frustrated/angry. I cannot fathom how a mother could type some of the comments here. Did it never occur to those who posted ugly comments how the mothers of these children would feel when they read them?”

Fortunately, trolls are in the minority in life. Much nicer people joined in to defend Tony from those ugly comments. One fan commented, “wow! How old are you? Old enough to KNOW BETTER!” Then, another one noted, “wow thats a jerk thing to say. How would you like someone to say that to you? You need a lessson in being tactful!”

Hopefully, the Sister Wives family knows enough to take no notice of the ugly things that trolls say.