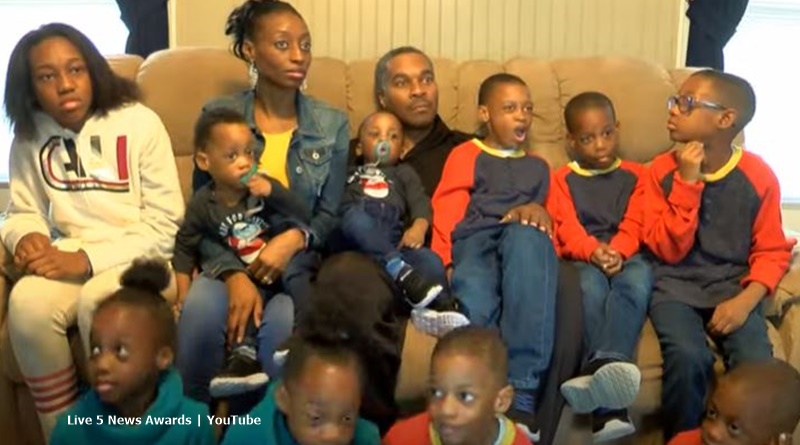 DDWTD introduced the newest set of triplets in the Derrico family early in the TLC show. The Doubling Down With the Derricos family already produced 11 children. After the birth of the new triplets, one of them, Dawsyn required surgery as she was born with a hole in the heart. Now, rumors started that Baby Dawsyn died. But did she really?

We reported that fans grew very concerned as Dawsyn, the firstborn, got diagnosed with a hole in the heart. As the baby needed heart surgery, many fans prayed for the child. The show mentioned the stress for Deon and his wife Karen. After all, a previous triplet, Carter, died at birth. On Twitter, plenty of people sent in their prayers as they quickly took the Doubling Down With the Derricos family to their hearts.

DDWT fans just relaxed and thought Dawsyn recovered when a rumor arrived on Facebook that the baby died. But did she really? An obituary mention written up on a blog called deathdeath.com revealed that apparently, someone named Dawsyn Dawn Derrico died. The site said, “We learnt on September 17, 2020, that Dawsyn Derrico was pronounced dead leaving loved ones in great sadness [sic US/En].” 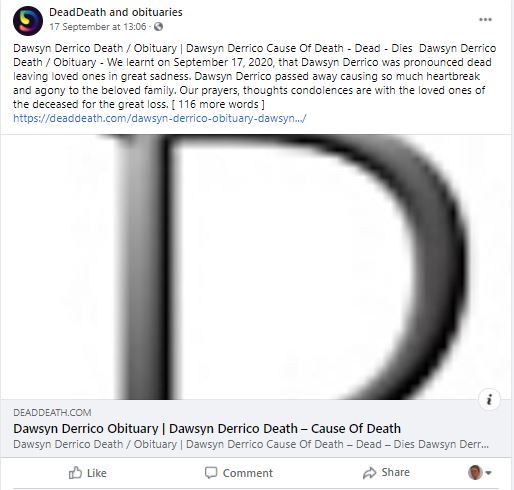 Are heartbreak and agony real?

The death site also said that Dawsyn’s death caused “so much heartbreak and agony to the beloved family. Our prayers, thoughts condolences are with the loved ones of the deceased for the great loss.” The site also said they await the official obituary for the dead person. Well, naturally people started talking about that. And, Deon Derrico head about it.

Deon Derrico’s fans seemed shocked when he spoke about the death of Dawsyn. Apparently, the incorrect death notice started the rumor. Notably the baby never passed away. So, all the “heartbreak and agony” don’t apply to the DDWTD family. Of course, someone else might also hold the name of Dawsyn Derrico. But, that seems unlikely given the unusual name.

Over on Twitter, Deon Derrico called it an “ugly rumor.” His full message also asked fans of the TLC show for help. He hopes they assist in dispelling the rumor.  He also confirmed that “Dawsyn is Alive!” Plenty of people responded. One fan noted the “crazy” idea of the rumor. They described people who make up stories as “sick.” After all, “America loves awesome dawsun and the whole family[sic].”

What the? Who started that rumor?

Engaging with his followers, the DDWTD dad said that he feels perplexed. He talked about facts and how this rumor “takes the cake.” Plenty of other followers expressed their alarm at the fake news. And, if you think about it, why would the Derricos deny her death if any truth exists?

Sound off your thoughts in the comments below.