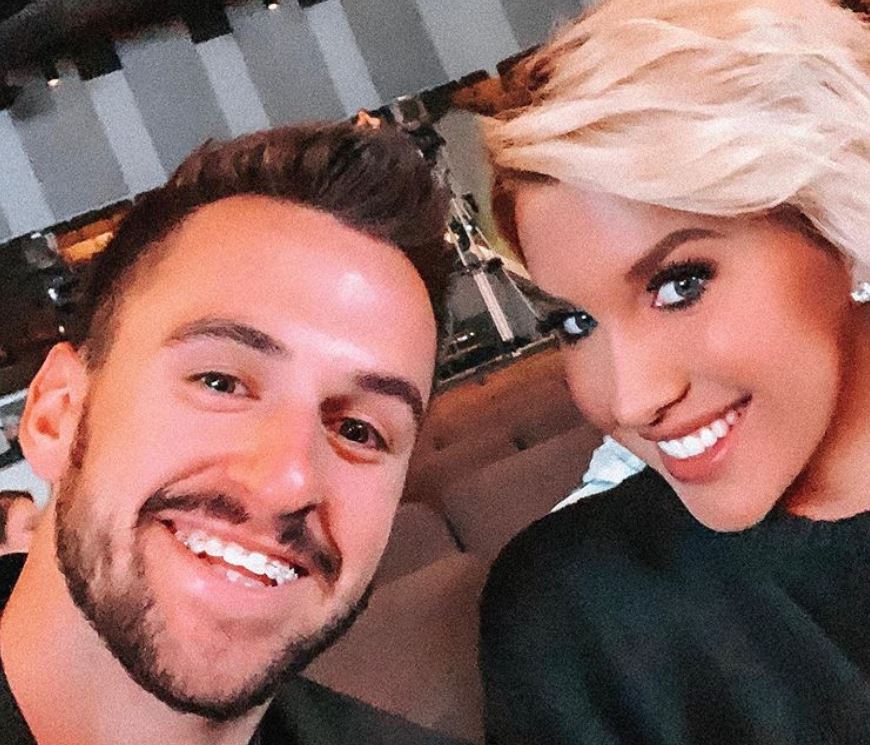 Just a day after Chrisley Knows Best star, Savannah Chrisley, shares on social media that she and her boyfriend of three years, Nic Kerdiles, are splitting up, he posts his feelings on the subject.

What we know about the Chrisley Knows Best split

Ultimately Chrisley Knows Best fans have been on a rollercoaster of emotions over the relationship status of Savannah and Nic. From the beginning, Nic appears to be one of the family. News of the young couple calling off their engagement came as a shock. But it seemed that they were doing the mature thing by just slowing down the pace of their relationship.

However, yesterday Chrisley Knows Best star, Savannah, posts that while the former couple is still amicable, they are no longer in a relationship. At first glance, her announcement looks like just another photo of the couple. However, the caption gives insight into their heartbreaking decision. Ultimately, Savannah knows that being in the public eye, there may be some unkind words from fans. For this, she requests that her followers would “please be kind.”

You’ve all been wondering…so here it is: Oh how I wish this smile was on my face and that infectious laugh was spewing out of my body right now…but sadly it’s not. Nic and I have decided to call it quits. There’s no hatred between the two of us…and in all honesty…that makes saying goodbye even harder. We have nothing but love, respect, and admiration for one another but it’s time for us to move forward individually. These past 3 years have been some of the best years of my life…but I have to trust that God has a far greater purpose for my life…I believe that He will take this hardship and make something beautiful out of it. Now please be kind with this news that I am sharing…

Sadly, just a day later, Nic Kerdiles takes to Instagram to share his thoughts on his split from Savannah Chrisley. The reality star shared a series of photos of what was once a happy couple. He has nothing but kind words to share about Savannah.

In the caption, he writes, “There was so much genuine love in this relationship and I’m truly blessed to have been able to spend three years of my life with Savannah.”

While it seems to be mixed signals, he goes on to write, ” I still look to her as the type of woman I want to spend the rest of my life with.” That statement makes it seem like Savannah makes the mold of what he would want out of a future partner.

In closing, his last sentence is confusing followers. “She is everything one could want in a mother, daughter, wife and friend. I love you kid to the moon and back, and God has a plan for us!”

This woman right here has been the BIGGEST blessing in my life. She has the purest heart out of anyone that I know. She has treated me with nothing but love and respect in our 3 years together. No one other than our families know everything we’ve gone through in the last 3 years and for that, I ask to respect that privacy. There was so much genuine love in this relationship and I’m truly blessed to have been able to spend three years of my life with Savannah. I still look at her as the type of woman I want to spend the rest of my life with. She is everything one could want in a mother, daughter, wife and friend. I love you kid to the moon and back and God has a plan for us!

Without hesitation, fans of Chrisley Knows Best, and the former couple takes to their posts. One fan writes on Nic’s post, “This is pure bull—- if its all that perfect then why the breakup????”

There is a bunch of speculation arising out of the freshness of this breakup. One follower shares their theory, “Someone was disloyal and betrayed the trust, but both of you are AFRAID OF TODD to tell the real truth.” This assumption seems plausible given the fact that Todd Chrisley recently addressed the split rumors.

In closing, Savannah wrote that God “will take this hardship and make something beautiful out of it.” Coincidently, it seems that Nic has done the same with is sweet post about their break up. Stay tuned to TV Shows Ace for more Chrisley Knows Best and other reality television news.