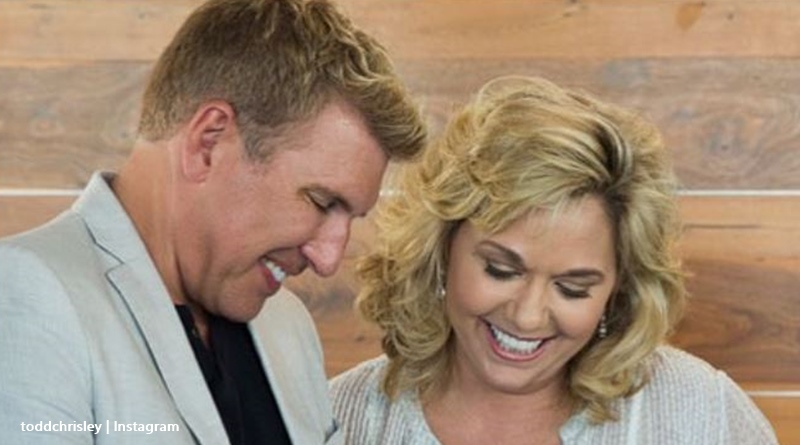 Todd Chrisley, as fans know, often talks about his faith in God. In fact, quite often, his fans on Instagram take away guidance from him. He also takes a strong stance on anything that goes against his faith. Sometimes, he gets vocal about unsavory things in life. Now, Todd opened up more and got quite candid about his faith in God.

Todd Chrisley vocal about his faith and society

We reported that Todd recently condemned society “with a very powerful Instagram post.” The patriarch of Chrisley Knows Best captioned a post with, “What is wrong with this world and the people living in it?” Then, he shared some headliner items that involved abortion. As you can imagine, that stirred up a lot of debate on his social media platform. But, Todd’s not afraid to speak out. And, now he got into his faith in God and his Christian values a bit more.

The Catholic Vote reported in 2014, that Todd Chrisley’s second wife Julie introduced him to Christianity. Back then, he said, “I didn’t choose to fall in love with Julie. God led me to Julie, and that’s where I’m supposed to be. I bless and hold her hand as I walk through life.” In fact, Julie came from a religious background. She was raised as a Baptist minister’s daughter. And, the couple holds firm to their faith to this day.

Getting candid about his faith

On Sunday, Todd took to his Instagram and shared a photo of a bible verse. It talks about judging people. Todd wrote on the slide, “I have learned to ask God to bring to light what is hidden in darkness.” Then, he also talked about the guidance of God even when he didn’t look for it. Over in his caption, he wrote, “Now folks, this is truth, when you ask God to reveal and you stay steadfast in your faith, he reveals all.”

One fan responded by asking, “I needed this s so much 💗. Can you please give some guidance on how to do bible study. I would appreciate it so much. Thank you.” Todd Chrisley’s fans stepped in and gave that person a lot of advice. Another fan noted, “One of my favorite scriptures. Keep moving forward Chrisley family!” Others talked about how Todd certainly created a huge platform where he shares his messages.

Now folks , this is truth, when you ask God to reveal and you stay steadfast in your faith , he reveals all …

Fans love the Chrisley’s show on the USA Network

Many fans love the show and they love the way Todd keeps his faith. One of them wrote, “Watched your show last evening. It has literally saved my husband and I over these challenging months. He has low immunity due to a kidney transplant. We forget the world for a bit and have a laugh! Thank you for that.”

The bible talks about Christians not hiding their light. After all, closet Christians can’t spread the word of God. It looked like Todd Chrisley takes that very seriously.

Robyn Brown: The Real Controlling Villain Of The Family?
Kim Kardashian Too Cheap To Use Her Own Skincare Products?
Real Reason Alyssa Webster Was Not At Brother Lawson Bates’ Wedding?
Kristin Cavallari Kills In Black Bikini & Stripes, Brings New Level Of Sexy
Is Honey Boo Boo Spiraling Out Of Control?