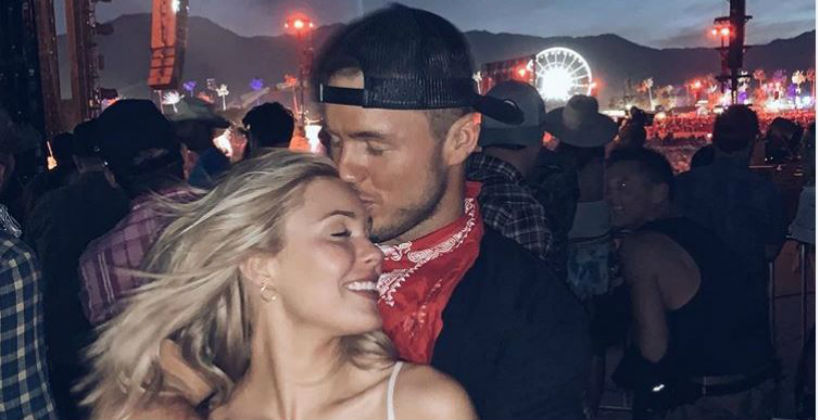 The drama continues in Bachelor Nation. New reports are surfacing that Cassie Randolph has filed a restraining order against Colton Underwood. The couple split a few months ago and ended their relationship. Things started out cordial, but quickly shifted. The two began to address their breakup very publicly on social media. After vowing to remain friends, things changed and they are no longer even following each other on Instagram. What is going on with this former Bachelor couple?

TMZ broke the news that Cassie has filed for a restraining order against Colton Underwood. The news outlet reportedly gained access to legal doc filed in Los Angeles on Friday. Right now there is no news on why Cassie chose to file the request. And, it is also unknown if the judge signed off on the order.

Reality Steve does not know anything about what is going on either. He went to Twitter to share that he knows as much as everyone else right now. Steve also followed up with an important message. He said, “Even with very little details behind the story right now, I really hope I don’t need to tell you there’s absolutely nothing funny about this Cassie & Colton situation. Be better.”

This is a good reminder that Cassie and Colton are real people with real feelings. There is obviously more going on than the public knows. Both have been silent on Instagram. However, Colton was seen with a few fellow alums just yesterday in an Instagram story.

i’ll be right here for a bit.

Cassie and Colton met during his season of The Bachelor. The two never got engaged and were together for more than a year. She helped him through his Covid-19 diagnosis. She also supported him through the release of his first book.

They seemed happy for awhile and their breakup came as a shock to some. Things got bad when she agreed to do an interview on The Bachelor Goat. Colton seemed to think they were using her to get more information about their split.

Since all that went down, Colton even did an interview with Reality Steve. He seems tired of the franchise is wanting to distance himself from it all. During that interview he admitted to suffering from anxiety and depression and needing medication while he was The Bachelor.

Stay tuned to TVShowsAce for more details on this developing story as it comes out.