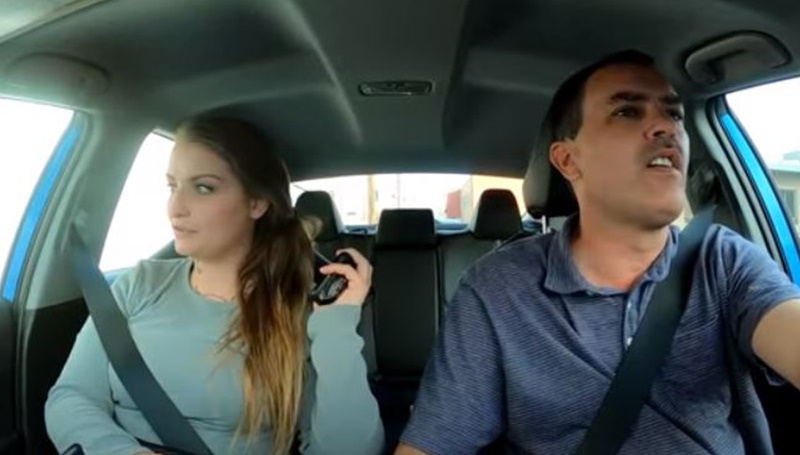 Love After Lockup fans saw Destinie punch Shawn in the face shortly after they met in person for the first time. Since then, they saw that she seems to get heated rather easily. And now, they saw her punch Shawn again, they worry as she seems rather abusive.

We reported that Shawn lied to Destinie about his age. And, he told her he had fewer kids than he really accumulated with his ex. She smacked him in the mouth for that. But, we pointed out that she also told lies by omission. Important ones, as she didn’t reveal that she intends to keep up her relationships with her female lovers that she met in prison.

Fair enough, she felt angry that he lied to her. And, fans might overlook that first punch from the Love After Lockup star. However, even then, some fans felt that was a red flag. After all, he just paid her bond money. So, did she have to actually hit him? Now, they saw her punch Shawn again, and it didn’t go down well with fans of the WEtv show.

Meaww reminded readers that “Shawn and Destinie’s conflicts reached a fever pitch after she caught him talking to Kelly on the phone.” Kelly’s the mom of his kids. Upset that he has six of them, now Destinie gets furious that he actually stays in touch with their mom. That seems a bit over the top. Obviously, fathers stay in touch with the mother of their kids.

In the latest episode of Love After Lockup, Destinie freaked out because Shawn calls Kelly. She got very verbal and screamed at him and gave him a hefty punch. Raging about it, she said that she wants to go home. And, some fans agree that as she seems so abusive, that’s the best place for her. Prior to that incident, fans saw Destinie raging again, this time after Shawn asked her to slow down on her spending habits.

Over on Twitter, fans think that Destinie’s a bit out of her mind for getting physically abusive. One of them thinks she probably broke her parole conditions by doing that. Others think she’s totally unreasonable. One fan noted, “Destinie is a f–king child. Even if Shawn only had 2 kids vs the 6, he still has to remain in contact with the mother of his small kids! The kids aint grown. Grow tf up. Destinie is insecure af that’s why.”

Other Love After Lockup fans don’t like the way Destinie gets physical. One person commented, “Whoaaaa destinie was way out of line for putting her hands on Shawn.” Another one said, “Destinie is a idiot. Shawn could lock her ass up again for punching him. Guess she really didn’t want to be free after all.”

Destinie is a idiot. Shawn could lock her ass up again for punching him. Guess she really didn't want to be free after all. ✌ #loveafterlockup

Meanwhile, some people believe that Shawn should get a protection order now. One person pointed out, “Shawn needs a protective order from Destinie for real. She got them hands.”

What do you think about Destinie getting physically and verbally abusive with Shawn? Sound off in the comments below.