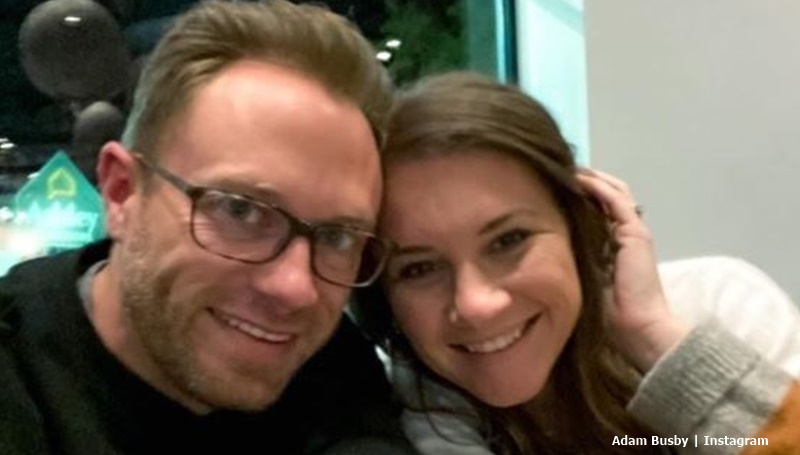 OutDaughtered fans heard from the Busby family after hurricane Laura. Danielle shared the horrific situation in their family hometown of Lake Charles in Louisiana. The TLC star encouraged people to donate and it looks like plenty of people did. Now, she gave an update on the first shipment.

We reported that after hurricane Laura, “Danielle shared photos of the devastation in Lake Charles.” On her Instagram and on her blog, she listed the items that people need in Lake Charles. She also told fans how they can donate goods via her sister’s hair salon. She explained that the storm damage caused huge hardship and some people “lost everything.”

Clearly, OutDaughtered fans responded with generosity. Now, Danielle revealed boxes stacked at her sister Lily’s Heist Hair Bar. In five photos, she revealed stacks of useful items. She captioned the post with, “THIS is the work of God’s people. People from all walks of life giving and providing from the heart for those in need.”

The OutDaughtered mom reported that the donations go to “CrossRoads Church in Moss Bluff✨ at 338 Hwy 171 Lake Charles, LA 70611.” Daily, people can collect from there “between 11am – 2pm.” Plus, Danielle and her sister still “accept donations at @heist_hair_bar.” Lots of fans loved the way the Busby’s stepped up and offered all this help. One fan noted, “That is amazing. Good job.”

Well, help seems very important as the road to normalcy looks long. The Star Tribune reported that “more than 230,000 utility customers in Louisiana..remained without power…six days after Laura ravaged the state.” Many grocery shops remain closed. More than 11 thousand people stay in state shelters. And as many as 10 thousand people might still be in Texas. In fact, the OutDaughtered family hosted Adam’s mom, dad, and sister in Texas during the storm.

🥰 THIS is the work of God’s people. People from all walks of life giving and providing from the heart for those in need. Round1️⃣ Hurricane Laura donations 🙏🏻😘 sent off to Southwest Louisiana🚛 ✨These donations are currently in transit to CrossRoads Church in Moss Bluff✨ @crossroadsmossbluff located at: 338 Hwy 171 Lake Charles, LA 70611 Donations will be available daily for pickup between 11am – 2pm. ✨We will CONTINUE to accept donations at @heist_hair_bar .✨ Let’s Geaux Round2️⃣! . . . . #heisthairbar #itsabuzzworld #leaguecity #kemah #hurricanelaura2020 #hurricanelaurarelief #hurricanelauradonationsite #theworkofgodspeople #weloveyousouthwestlouisiana #lakecharlesstrong #calcasieuparishstrong #lovethyneighbor

Bubsy family busy with the needs of others

Danielle told her Instagram fans that the family got through the storm. Relieved fans feared for them after they heard they hunkered down and waited it out. League City got back on its feet. But, they now focus on helping out with the Louisiana disaster. So, updates on the quints might taper off for a while.

At least OutDaughtered fans need not stress about that anymore. People adore the family and hate the idea of anything bad happening to them. But, Adam shared an update video on his YouTube account a week ago. It covered the remodeling of their home. So, you could always pop over there and watch a few Bubsy videos while you wait for more news about the family.

What do you think of the generous donations for Louisiana? Sound off in the comments below.