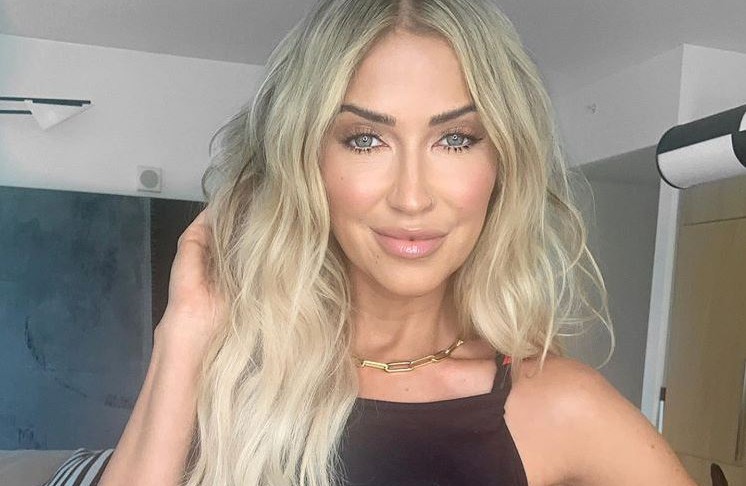 Former Bachelorette Kaitlyn Bristowe is getting ready to dance her heart out. She will be joining Season 29 of Dancing With the Stars and loves practicing. Plus, Kaitlyn admits she is feeling the pressure. She has been working out and practicing for awhile now. However, she’s nervous because she knows her appearance on the show is highly anticipated by Bachelorette fans.

People shared all about Kaitlyn preparing for the show. And, they also revealed if she feels her prior dance experience will hurt her game. She admits she’s feeling a lot of pressure. Kaitlyn said, “It’s because everyone knows I have a dance background, and I feel everyone’s like, ‘You’re going to do great because you know how to dance,’ and I’m like, ‘Well, I haven’t danced since I was about 20 years old.'”

Plus, the background she has in dancing is more hip hop and she admits she has never ballroom danced before. She said, “I think I have a bit of a disadvantage because I have to unlearn so much of like classically trained ballet moves that come to play when I try to practice.”

And, while she has done tap in the past, she really hopes they don’t throw a tap routine into the mix. Kaitlyn says she pretty much faked her way through tap.

She also knows that while she is nervous, it does help somewhat that she has a dance background. Kaitlyn said, “I think it’s helped me because I’ve picked up choreography a little easier, but I think they’re making it harder on me — I swear they’re giving me legit pro moves, and it’s been super challenging.”

Feet are sore, but loving every second of it. This is all starting to feel very real! My goal – to entertain you all on the dance floor starting September 14th on @dancingabc. Who do you guys think my partner is? #DWTS

The former Bachelorette just can’t stop practicing. In fact, she even admitted that boyfriend Jason Tartick is getting a bit sick of it already. Of course Jason was only joking about seeing the dance repeatedly. In actuality, Jason is extremely supportive and can’t wait to cheer Kaitlyn on every week. He and both their dogs made the trip to Los Angeles to offer support for her during the upcoming season.

As far as practicing, she says she just can’t stop. She just loves it. Kaitlyn said, “I feel mentally and physically the strongest and I’m in a happy relationship and I feel everything is going so well that I feel prepared for [DWTS].” She continued, “I am genuinely pooping my pants thinking about the live show.”

Who do you want to see win the dance competition? Don’t miss DWTS when it premieres September 14 on ABC.