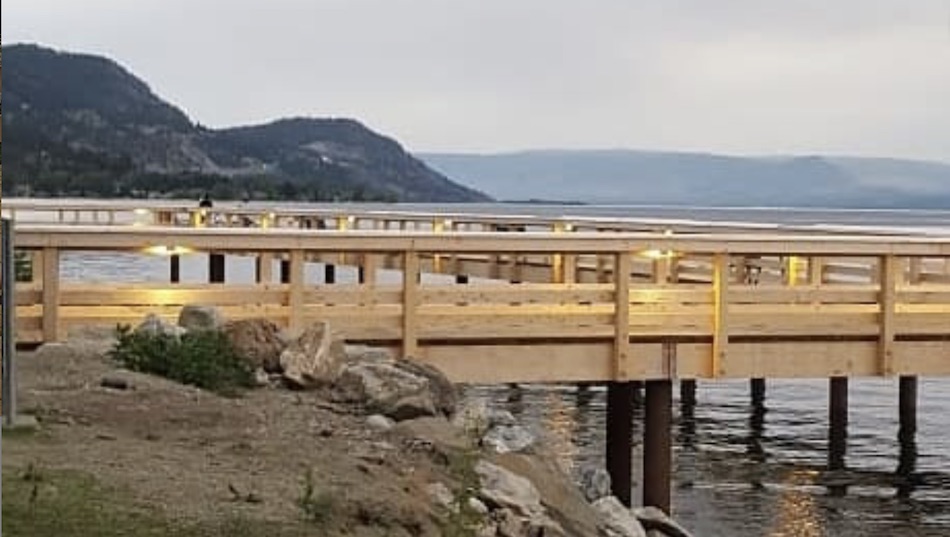 Hallmark is filming a new movie, Romance At Crystal Cove, and it is upsetting local residents of Peachland, BC. The mayor of the town is asking that they not make a “big deal” over it. Why are they making a big deal over American flags?

Residents of Peachland, BC are up in arms over the American flags everywhere in their beautiful town. Hallmark is currently filming a new movie, Romance At Crystal Cove. The 5,400 residents are very unhappy.

That is because Hallmark’s production crew has dressed up the town to look like an American town. That means a lot of Stars and Stripes everywhere. Local residents are protesting these flags.

According to InfoTel News, Mayor Cindy Fortin is not so happy about this, either. But she doesn’t want to “make this a bigger issue than it is.” They report that she posted on Facebook, “While I knew that a Hallmark special was being filmed in Peachland, I did not know that they would be flying an American flag.” She then assured the Canadians that “No, we are not being invaded. This is just an innocent, feel good, Hallmark special. Nothing more.”

Next, the mayor cautioned the locals about the economic benefits of Hallmark filming in their picturesque town.

“If we want to take advantage of some of the economic benefit of the growing film industry in the Okanagan, we can’t start protesting things like a temporary flag for filming purposes, or the name of the town being changed to something American, or European, or elsewhere. We’ve had a few small films use locations in Peachland, and the names have been changed.”

The Canadian publication notes that there are no laws that prevent Hallmark from changing flags. However, according to Cheryl Wiebe, director of community services in Peachland, it is “a point of conflict.”

Mayor Cindy Fortin mentioned that they “do have COVID protocols in place.” She did not mention that there is a strict Canadian protocol regarding filming during the coronavirus pandemic. Some could say that this comment could be in response to concerns raised by local residents that Americans are in the country.

Where is Peachland, British Columbia? It is about 155 miles northeast of Vancouver. The town looks very lovely, with lots of nature and the nearby Hardy Falls. They are filming at Heritage Park and Ray Kandola Heritage Pier, as well as other “private locations.”

According to the CBC, 75 percent of all Hallmark movies are filmed in Vancouver. In this year of uncertainty due to Covid-19, the network is lucky. That is because in Vancouver, aka “North Hollywood,” has managed to open up for filming far earlier than most major American sites.

So, many may consider this American Flag protest a bit petty. Currently, there are so many in the film industry that are out of work. And Hallmark is providing so many Canadians with jobs during the worldwide pandemic.

While many other series are hoping to safely start filming in the upcoming months, Hallmark shows like When Calls The Heart have already begun production in Vancouver, in July. Ryan Paevey, amongst other Hallmark favs, are currently filming Christmas movies in Canada.

Consequently, this appears to be the first time that locals have protested the American Flag “invasion” in a Canadian town where Hallmark is filming.