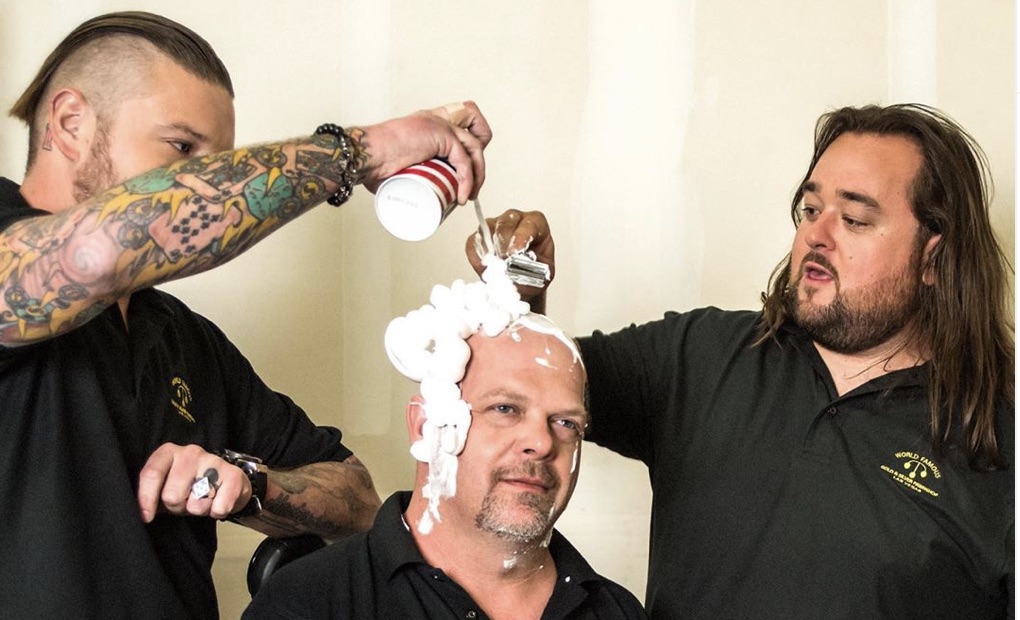 Turns out, Chumlee is hot and trending on Cameo.

Pawn Stars fans love Chumlee. The affable reality star has a huge fan base. People follow him on social media. He is on both Instagram and Twitter. But, many also enjoy that Chum is available on Cameo for personalized messages.

Rick Harrison, Chumlee and Corey Harrison have been involved with Cameo. So, it is no surprise that fans love it. Cameo is super easy, as it is popular. Fans pay money to their favorite celebrity in exchange for personalized messages. Many get a Cameo for special occasions.

Chumlee Has Many Cameo Endorsements

The Pawn Stars fan favorite has a nice collection of fan endorsements on Cameo. Chumlee has a great sense of humor and is a genuinely a nice guy. The biggest surprise is that no one is concerned about the price of Chumlee’s service. Instead, they love his work.

In Chumlee’s Cameo profile, he writes, “Hey I’m Chumlee here waiting to sing happy birthday or leave an inspirational message to friend, I could give you a shout out or what ever you have in mind. please let me know how to pronounce the name.”

Chumlee clearly cares about getting the little details right.

Pawn Stars patriarch, and Chumlee’s boss Rick Harrison is also on Cameo. Fans love Harrison, the owner of the World Famous Gold and Silver Pawn Shop. This is why getting a Rick Harrison Cameo is super special.

One reviewer gave a very emotional review. They said, “I know your time is worth money and you don’t do these for free. But, I suspect you don’t really need the money and value is delivered to you in other ways. Just want you to know, my mom is 70, been battling health issues, and I haven’t heard that amount of joy in her voice in years. I’ll see her tomorrow and expect her to be beaming. Just wanted to say thank you and tell you how much that meant to my parents.”

check out my @cameo I had fun making this video to promote with. #cameo

Not to be outdone by his pop and his best friend Chumlee, Corey Harrison is also on Cameo. He also cares about his customers, and according to this review, goes out of his way to get a last minute order in.

The review said, “Thanks Big Hoss! I received this video in less than 24 hours, he rushed so I’d get it in time for my step-dad’s birthday. Thank you so much!!”

Is Chumlee The Highest Paid Member Of Pawn Stars?

You are a Pawn Stars fan and you want one of the stars to make a Cameo for you. How much do each of the stars charge? Big Hoss charges the least amount, at $20 per Cameo. He charges $2.99 to chat. Chumlee is next highest. He charges $75. Chum charges $4.99 to chat. Rick Harrison charges the most at $99. This may be of no surprise, but Harrison doesn’t offer a chat option.
Currently, Chumlee, Rick and Corey are filming another season of Pawn Stars, on History.