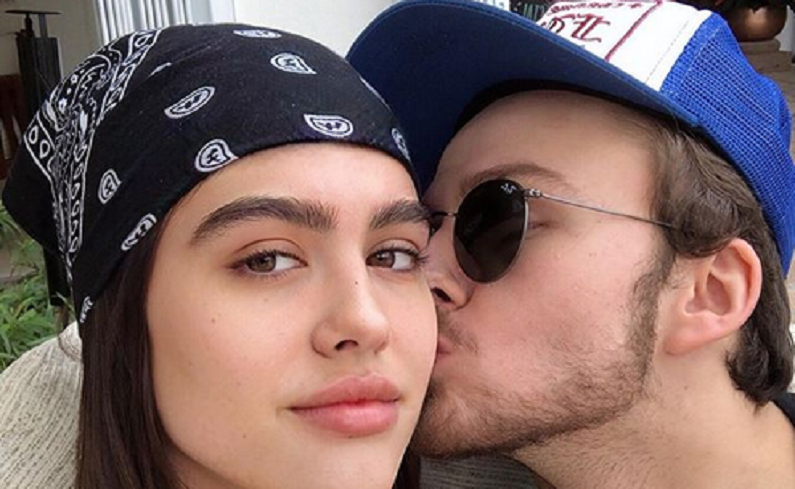 Amelia Gray Hamlin has a new boyfriend. And she’s over the moon about him. Lisa Rinna and Harry Hamlin’s daughter dished the details of her relationship in a new interview with Dear Media’s The Skinny Confidential Him and Her podcast. She couldn’t stop gushing about her very “normal” boyfriend.

The Real Housewives of the Beverly Hills daughter explained how they met and the moment she fell in love with him. Amelia is very private when it comes to her personal life. She mostly uses her social media to document her modeling career. But she’s slowly sharing the personal aspects of her life, including her relationship.

In an interview, Amelia Gray Hamlin didn’t mind sharing the details of her relationship. She revealed that she has a new boyfriend. Amelia has shared selfies of herself with him on her Instagram page. However, she keeps that part of her life to herself.

“His name is Mercer. It’s a cute name. I love him so much,” Amelia gushed on the podcast. “I had just broken up with my former boyfriend, and I was like, ready to be an independent b****.”

But that all changed when Amelia was at her sister’s house. Her older sister, Delilah Belle, was out of town that week. So, Amelia had a few of her friends over. Her best friend, Nick, introduced her to Mercer, and the rest is history.

Amelia said she had an instant connection with Mercer. The mental health advocate noticed it before they struck up a conversation with each other. She just liked his “aura.” Amelia never felt that way before in her life.

She went on to call her boyfriend a “normal kid.” However, he does have a connection to RHOBH. In November 2019, at the first-ever BravoCon, Kim Richards said that her daughter Brooke’s husband is Mercer’s brother. Kim and Lisa Rinna also brought up on Season 10 of RHOBH.

The 19-year-old daughter also revealed her struggles with intimacy. Amelia Hamlin Gray noted that it’s something that she’s currently working on. The Instagram influencer has always been open with her mental health struggles. Not only does she suffer from anxiety, but she’s also battled an eating disorder.

“It probably has something to do with my hormones,” Amelia said, addressing her intimacy issues.

Wonder if they can tell we share a closet

She said it’s something that she doesn’t “always crave.” The socialite also wasn’t the one to make the first move in her relationship with Mercer. She feels that this is the “biggest thing” she needs to work on. This comes after the young adult said her doctor warned that she would be dead in four months from her eating disorder.