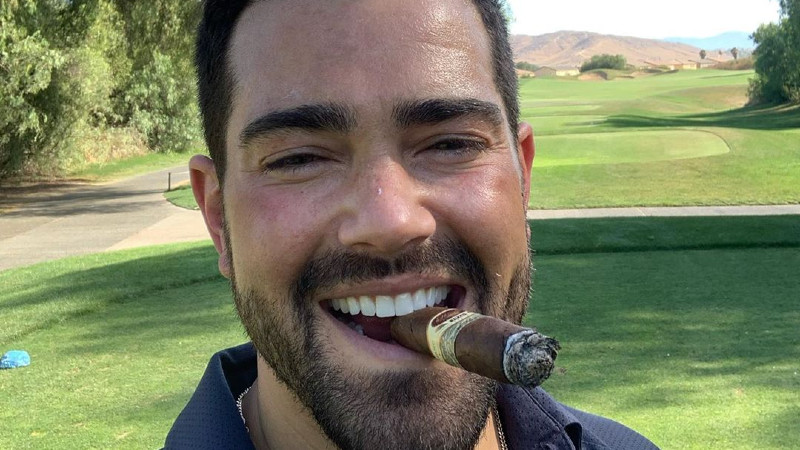 Jesse Metcalfe just started finishing up filming Ships In The Night: A Martha’s Vineyard Mystery. According to Variety, before he left for LA, he had to take a Covid-19 test. As the movie was filmed in Victoria, Canada, Jesse had to quarantine for 14 days before he was allowed to wander beyond his hotel room.

But, before he could start shooting, he needed a second Covid-19 test. That is because he could have gotten it on the plane ride.

On the set, they are all wearing masks and not leaving the set area. He is not only the lead in this Hallmark Movies & Mysteries series. Jesse is also executive producer. So, he was hardly going to balk at what needed to be done to be safe while kissing a co-star for the new Hallmark mystery.

Both Jesse and his co-star (we assume it is Sarah Lind, who plays love interest/sleuthing pal Zee) both had to use a topical spray on their faces. After they filmed the kiss, the two have to each use a special mouthwash that is to be used after a kissing scene. Jesse failed to share the special ingredients in this special preventative concoction.

Thank goodness they only have to go through this “rigorous” protocol once to protect the cast and crew. This is Hallmark!

Jesse Metcalfe’s post-Desperate Housewives career stall has taken a huge turn for the better. Metcalfe admitted that he could have been more “strategic” in his moves after that series ended. He confessed that he “jumped too quickly” into roles after that ABC show ended.

Perhaps after turning 40, he realized that getting a second act in his career was possible. He used John Travolta as his role model, citing how Pulp Fiction made Travolta a hot commodity in the second half of his career.

In his new movie, Hard Kill, the actor does “a lot of boxing and mixed martial arts.” This movie that co-stars Bruce Willis  was originally destined for the silver screen is now showing in drive-thru movie theaters and on VOD. Done in 10 days, Metcalfe seems to relish this physical role.

When Will Chesapeake Shores Season 5 Be Out?

Jesse Metcalfe is also currently starring in Chesapeake Shores. This is a multi-generational family drama starring Metcalfe as Trace Riley. He is a successful singer-songwriter. Trace and his high school girlfriend, Abby O’Brien (Meghan Ory) just got back together again at the end of Season 5. Chessies, the series superfans, cannot wait to see what happens next!

Back in July, it was renewed for Season 5. How soon should fans expect to see it on the Hallmark Channel? According to ET, filming won’t start until sometime early in 2021. The plan is to release Season 5 during the summer of 2021.

Thankfully all Jesse Metcalfe fans will get to see the 41-year-old actor do something pretty fun. Jesse Metcalfe is one of the Dancing With The Stars Season 29 stars. That means the waltz,  foxtrot and a fiery Paso Doble.

Jesse Metcalfe fans will surely be excited to see what the DWTS costume design department will come up with! Olé!

It is not clear whether his jujutsu training for Hard Kill will help him with dancing, he is certainly doing what he can to reinvent his career and show that he is more than a pretty face.