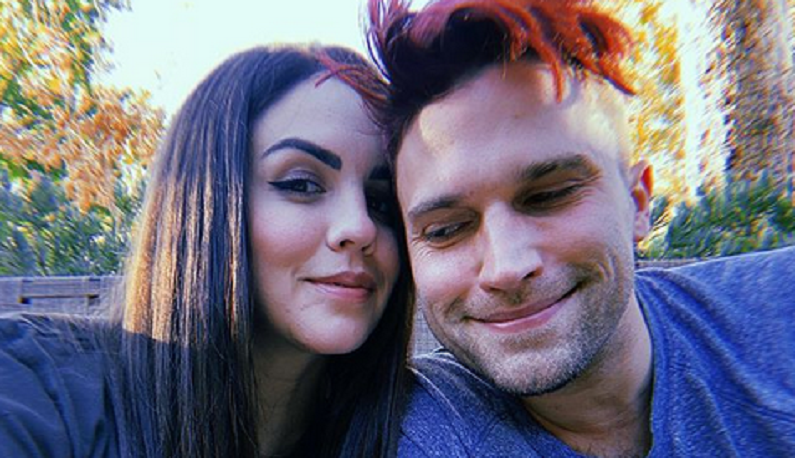 Turns out, there may be a baby in the future for Katie Maloney and Tom Schwartz.

Recently, Katie Maloney and Tom Schwartz discussed their marriage and future plans. The Vanderpump Rules couple has been through their share of ups and downs. And, they don’t shy away from that. They talked about it all on Katie’s new podcast “You’re Gonna Love Me.”

But, when it comes to babies… It’s a different story. Tom is never one to commit to anything. It took him a long time to commit to Katie and his new business, TomTom, with business partner Tom Sandoval. Katie reminded him that she’s not getting any younger.

See what she has to say.

In the Friday, August 28th episode of the “You’re Gonna Love Me” podcast, the couple talked about the difficulties they faced. Katie Maloney and Tom Schwartz talked about everything, including the first night they met each other. But, Schwartz was with someone else at the time. Even though the chemistry was clear, they kept things “very casual” for a while and did not add “a label” to their relationship.

However, Katie wanted to know where the relationship is going. Schwartz admits it was “a big moment” for him to get serious with Katie.

“I was still fresh — fresh from making this leap of faith resigning my somewhat cushy job in Florida and I’m driving across the country by myself,” he said. “I”m not trying to toot my own horn, but it is kind of a traumatizing thing when you make that leap of faith.”

Schwartz said it was “a huge step” for him to get romantically involved with Katie. As for Katie, she felt the “same way” about him. She said that they were “going to get our feelings hurt” if they kept things casual. Schwartz also said that they “definitely” went through “traumatic phases” over the years.

Vanderpump Rules documented the ups and downs of the couple’s relationships. Even Katie said that viewers saw some of the “darkest moments” during their time together.

“We’ve had a very grizzled and complicated relationship,” Schwartz said. “It was really rough early on. We went through a lot. We fought a lot early on and I had never been in a relationship like that.”

Nowadays, the couple has worked on their relationship. Schwartz even admits he has an “empathetic” side now.

Katie Maloney and Tom Schwartz ended their podcast with a special announcement. They told their listeners that they have to “go make a baby.” The 33-year-old ended the show by admitting that she and her 37-year-old husband “are not getting any younger.”

“Doesn’t work like that,” Katie responded, “I’ve got the app and right now, tonight is not [the time]. But we can practice.”

Schwartz says he’s learned to live in the present moment. He doesn’t want to stress too much about the future. But he knows that they’ll “have a baby when the time is right.” Last month, Katie revealed that Stassi Schroeder’s pregnancy gave her baby fever.

‘Unexpected’: Myrka Gets Dirty, Airs Ethan’s Drama With Baby Mama?
‘DWTS’ Pro Alan Bersten Celebrates A Birthday — How Old Is He Turning?
Meri Brown Outdoes Herself With Hypocrisy, Fans Sick Of Her?
Janelle Brown Celebrates A Special Family Birthday — Whose Is it?
‘Temptation Island’: Lascelles Becomes The BUTT Of Reunion