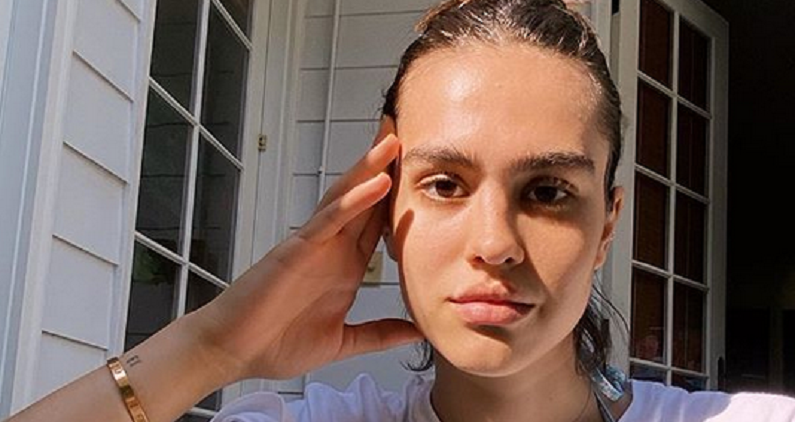 Amelia Hamlin Gray is opening up about her eating disorder. Lisa Rinna’s daughter admits that she was near death. Her doctor shared the horrifying news to her family. That’s when they knew they had to get their daughter some help.

Amelia first opened up about her struggles with her eating disorder in 2018 of The Real Housewives of Beverly Hills. However, it wasn’t a hot topic until this season. Garcelle Beauvais brought up the 19-year-old in her confessional when she talked about Rinna’s dancing videos on Instagram. She felt wondered if the social media posts contributed to Amelia’s eating disorder.

Now, Amelia is revealing what really led to her downfall.

On Tuesday, August 25, via Yahoo! Entertainment, Amelia about mental health and body image struggles. She recalled the very moment when she knew that things went horribly wrong.

“[One day] I woke up looking in the mirror and being like, ‘Holy guacamole, you are really skinny and it is very scary.”

Amelia realized she needed help. She also noticed that her eating disorder started to take over her life. Even some of her family members confronted her about it, including her father Harry Hamlin and sister Delilah Belle Hamlin. They intervened on Amelia’s behalf and took her to her doctor.

Wow. I am the luckiest daughter in the whole wide world!!! I’m pretty sure EVERYONE wishes you were their mom. I was blessed to be able to have you as mine. You shine so very bright. You are such a kind and amazing soul. You’re VERY loud, which I used to hate but now I appreciate it cause nobody likes quiet people, really. Thank you for picking up my 25 FaceTime calls per day to talk about absolutely nothing, just so I can hear your voice. Thank you for teaching us how to be confident, and always love yourself. Thank you for teaching me that work ethic is all you need to make your dreams come true. Thank you for teaching me that kindness is the most attractive trait. Thank you for being you. Thank you for dancing in the doorway with me. Thank you for curling my hair. And thank you for watching Berenstein bears with me. Thank you for raising me, and being someone that I can always count on. I cherish our relationship so much more now that I’m older. I’m so lucky that I can tell my mom pretty much anything (well I do but a lot of the times you don’t want to know). I LOVE YOU SO MUCH AND YOU DONT LOOK AS OLD AS YOU ARE WHICH IS A GREAT PLUS! Lmfaooooo sorry I just said that to piss you off but like for real it’s crazy. Love love love you Queen @lisarinna

She doesn’t want people to blame her famous mom. Amelia says the comments “just really breaks my heart.” She also claimed that her mom is naturally skinny. Instead, someone else led to her eating disorder.

Amelia Gary Hamlin also revealed the moment she struggled with an eating disorder. In a recent episode of The Skinny Confidential Him + Her podcast, via Honey, she spoke to hosts Lauryn Evarts and Michael Bosstick about her mental health struggles. Amelia said it wasn’t her mom, rather, it was her high school teacher that led to her problems.

She and her older sister, Delilah Belle, attended an all-girls school in Los Angeles.

This is a story of my day

“They preach feminism so much, but I feel like it was one of those instances where they didn’t really practice what they preached,” Amelia continued. “And that’s when I first started having more of a negative mindset.”

During Year 9, her history shared a photo of her mom on the projector board. She was aware that Amelia was in the class and started “dissecting all of the bad things” that her mom has done to represent other women. She has since recovered from her eating disorder and wants to use her platform to speak out about mental health.