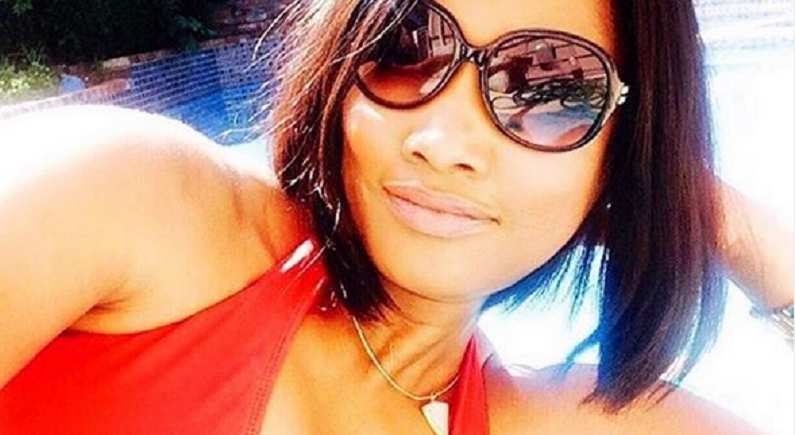 Newcomer Garcelle Beauvais has fans singing her praises. On Wednesday night’s episode of The Real Housewives of Beverly Hills, she came for Lisa, not once but twice. She came for her daughter, Amelia Hamlin. Then she came for Rinna’s stint on Broadway when she performed in Chicago.

Of course, she’s received her share of backlash. Much like Rinna herself, her followers have lashed out. Garcelle has remained unbothered amid the backlash. She’s not responding to the critics. Instead, she posted a pair of selfies in which she looks breathtaking.

Garcelle received a lot of praise for her behavior on the show.

Garcelle Beauvais doesn’t care about the backlash. The 53-year-old newcomer is brutally honest and that will never change. Fans were impressed with the way she handled herself on Wednesday night’s episode. Garcelle claimed that Lisa Rinna was trying to steal the spotlight from Erika Jayne’s Chicago moment.

Before the pandemic, Erika played Roxie Hart on Broadway. It’s the same role that Rinna played over ten years ago, and she’s still not over it. Garcelle said every time that anyone brought up Erika’s Chicago role, Rinna had to bring up the time she played Roxie Hart. RHOBH fans fell in love with Garcelle even more after that comment.

On Thursday, August 20, Garcelle took to Instagram to post two new selfies, as per The Blast. In the side-by-side photos, she rocked a long braided ponytail. Garcelle wrote that “everyone is capable of looking up and wishing on a star.” Fans loved the inspirational message and gorgeous photos of the actress.

RHOBH fans took to the post to praise Garcelle for her takedown of Rinna on last night’s episode. But most of them were on Twitter to declare that they’re on #TeamGarcelle.

Everyone is capable of looking up and wishing on a star ⭐️

“#RHOBH Garcelle took Lisa Rinna to the river with that Erika / Chicago, I did it line. I am screaming!” one fan tweeted.

“Garcelle dragged a little bit re: Rinna’s mention of Erika appearing as Roxie Hart in Chicago and I’m here for it,” another wrote.

However, Garcelle apologized to Rinna for making the comment. But some fans feel that she didn’t need to apologize. It’s a moment that they won’t ever forget.

Despite her feud with Lisa Rinna, the reality star wants to promote “girl power.” Before Wednesday night’s episode, she took to Instagram to encourage her followers to do the same. Garcelle posted a cryptic message that read: “The strongest actions for a woman is to love herself, be herself and shine amongst those who never believed she could.”

Garcelle included hashtags, including “love yourself and “girl power.” Many RHOBH fans sided with the Coming to America star. Most of them love Garcelle’s honesty and fresh perspective on things. Others think she’s a breath of fresh air.

However, Garcelle hasn’t apologized to Rinna for critiquing her Instagram dance videos and including her 19-year-old daughter into the conversation.