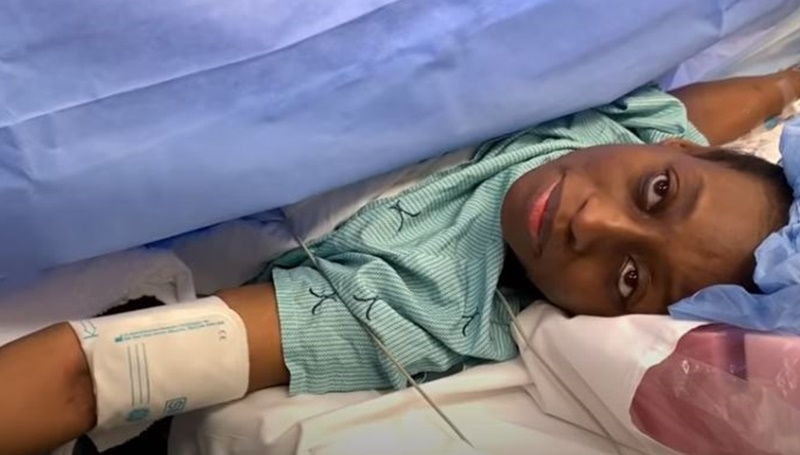 Doubling Down with the Derricos revealed that mom Karen prepared as best she could ahead of birthing a new set of triplets. Doctors advised her to remain in the hospital as they feared a premature birth. While the triplets arrived safely, fans pray for little Dawsyn born with some complications.

Doubling Down with the Derricos – Deon rushes to the hospital

We reported that with Karen staying in the hospital, Dion brought Grandma GG in to help look after the other kids. It’s a big job because the family raises 11 children. Two of those kids initially came from a set of triplets. However one of them, Carter passed away.

Naturally, Karen and Deon hope that the current set of triplets arrive safely. It’s been a stressful time for them ahead of the upcoming birth. Screenrant noted that a big earthquake didn’t help matters. The shock of it pushed Karen into labor. The Doubling Down with the Derricos triplets got born via C-Section. Concern rose because of their prematurity. Dawsyn, the firstborn, got diagnosed with a hole in the heart.

Deon’s relief that the triplet’s birth went relatively well soon ended. Unfortunately, one of the babies needs a surgical procedure to repair a hole in the heart. Obviously Carter’s death still burns in their memory.

Doubling Down with the Derricos fans saw Karen and Deon pretty concerned by the news. Over on Twitter, many fans said that they pray for little Dawsyn. In fact, although the show only just started, Deon, Karen, Grandma GG, and the kids already captured the hearts of TLC fans. When TLC fans fall in love with their reality stars, they take them into their hearts.

What is a hole in the heart?

Pedctsurgery explains that a hole in the heart means that there’s a gap in the septum. It divides the two sectors of the heart. And, that means that blood that should go to the body can end up in the lungs. They explained that these days, kids born with that undergo surgery that corrects it. In fact, they noted, ” Children [with] simple congenital heart defects can survive to adulthood and live normal, active, and productive lives.”

On Twitter, one Doubling Down with the Derricos fan noted, “I was also a premie with a hole in my heart, I’m 38 years old and have had no major health problems to date! Baby Dawsyn is a fighter and will be just fine!” Meanwhile, other fans really pray that Dawsyn pushes through. Here’s a  little spoiler for you. More recent photos show the family with 14 children. So, it looks like Dawwsyn made it through her first crisis on planet earth.