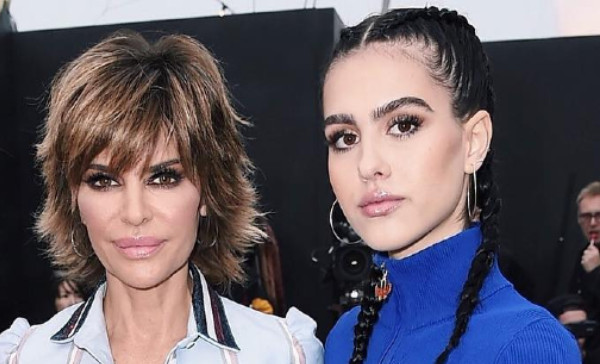 DoThe Real Housewives of Beverly Hills stars rehearse scenes before shooting? There was a moment in Wednesday’s episode that had fans scratching their heads. During the scene in question, RHOBH’s Lisa Rinna speaks to her daughter Amelia Gray. They address Amelia’s eating disorder, her new apartment and other topics.

However, what caught the eye of viewers was a glaring editing mistake.

A Tale of Two Hats

During Wednesday’s episode, fans noticed that Amelia had two different hats on throughout the scene. While both hats were black ball caps, the logos were entirely different. Twitter user @Tina_Brun shared a video of the scene in question. Amelia is clearly wearing two different hats during the conversation.

Can anyone explain why Amelia is wearing 2 different hats in this scene?@lisarinna @BravoTV @BravoWWHL @Andy #RHOBH pic.twitter.com/Gckwj6tPMm

Many fans thought that this meant the scene was filmed more than once. This isn’t the first time Bravo has come under fire for reshooting scenes. Earlier this year, fans of Vanderpump Rules noticed Ariana Madix had different hair and makeup in the same scene.

She took to Instagram at the time to address the scandal. She basically said that’s television for you. Some scenes in ‘reality’ shows need reshoots.

While fans blamed editors in that case, Lisa Rinna is taking the heat this time. Not just because of the hats. Fans felt the entire conversation seemed rehearsed. In fact, one fan slammed the entire scene as “scripted.”

During the chat, Lisa Rinna informed her daughter of Garcelle Beauvais recent comments. While in Rome, Garcelle asked Lisa if she felt any responsibility for her daughter’s body issues. Lisa said no, but fans couldn’t help but notice that Amelia said yes. At least, at first.

Some fans feel Garcelle may have crossed the line with that question. However, Twitter LOVED that she called Lisa Rinna out for stealing Erika Jayne’s thunder.

Another thing fans are not loving this season is how Lisa coddles her daughter. At the beginning of the season, the Days of Our Lives alum helped her daughter move home from New York City. The model was attending college there, but her anxiety became too much to bear alone.

During the Wednesday episode, the mom-and-daughter duo discuss how Lisa helps pay a fraction of rent on Amelia’s new place.

BravoTV reveals that Kyle Richards’ daughter, Alexia Umansky, was able to find Amelia her dream apartment. For a cool $5,700 a month!

The Season 10 finale of The Real Housewives of Beverly Hills airs Wednesday, August 26 on Bravo. Follow us on social media for all things TV!