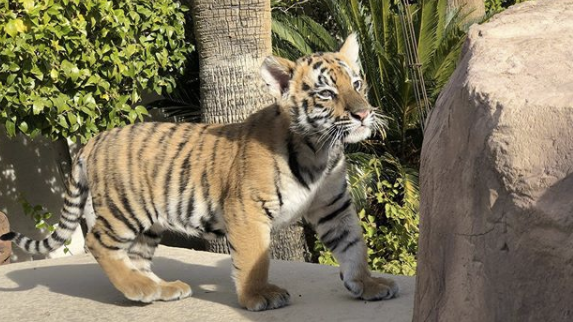 Those who were fans of Tiger King are probably curious to know what’s currently happening with Joe Exotic’s zoo.

Back in 2019, the Greater Wynnewood Exotic Animal Park’s most recent owner, Jeff Lowe, announced he planned to close the park for good and open a new one in Oklahoma. But things got a little trickier over the summer.

When Joe Exotic began serving his 22-year prison sentence, Jeff Lowe took over the park in his absence. However, back in June, Joe Exotic’s long-time rival Carole Baskin received official ownership of the zoo because of Joe’s unpaid debts.

Things got a little muddy since then, but Jeff is still happy to rant on the park’s official Facebook page.

On August 18, Jeff Lowe officially announced that the park is closed to the public and he plans to surrender his USDA license.

“The Tiger King phenomenon has definitely changed our lives in many ways. It has brought us more attention than any human deserves. Good and bad. It has, and probably will continue to make us a target of every nutjob and animal rights loon in the World, but we are prepared. It has also provided us with an unfathomable source of income. Income that will guarantee the long term care of our animals and allow us to be very selective going forward.”

He continued, “As of today, we have decided to close the old zoo effective immediately. Do [sic] (to) the permanent closure of the Wynnewood Zoo, I’m forfeiting my USDA exhibitors [sic] license. The very agency that has given my facility five consecutive perfect inspections, has now folded to the pressures of PETA and continue to make false accusations against me.”

Tiger King fans are keenly aware of the constant battle between the zoo owners and PETA. Many within the organization believe exotic zoo owners mistreat the animals and let them live in squalor. In return, the zoo owners, Jeff Lowe included, taunt PETA on social media.

The Story Doesn’t Quite Add Up

“Suspiciously, less than 24 hours after I contacted the USDA to voluntarily forfeit my license, they notify me that they are suspending my license for 21 days for a litany of falsehoods. In the State of Oklahoma, exotic animal ownership is perfectly legal. Rest assured that all the animals will continue to have excellent care, and consequently will no longer be subject to USDA inspections or PETA spies,” Jeff Lowe continued. Of course, this goes against what PETA and other animal rights advocates have noticed.
He goes on to say that we can definitely expect to see new Tiger King content in the future. Afterward, he thanks supporters and officially announces that the park is closed, effective immediately.

We recently reported on how the Greater Wynnewood Exotic Animal Park had really gone downhill recently. Leaked photos reveal the animals are in terrible shape. We certainly hope things improve for the animals.
How do you feel about this situation? Share your feelings with us in the comments. As always, make sure to check back with us for more TV news and updates.