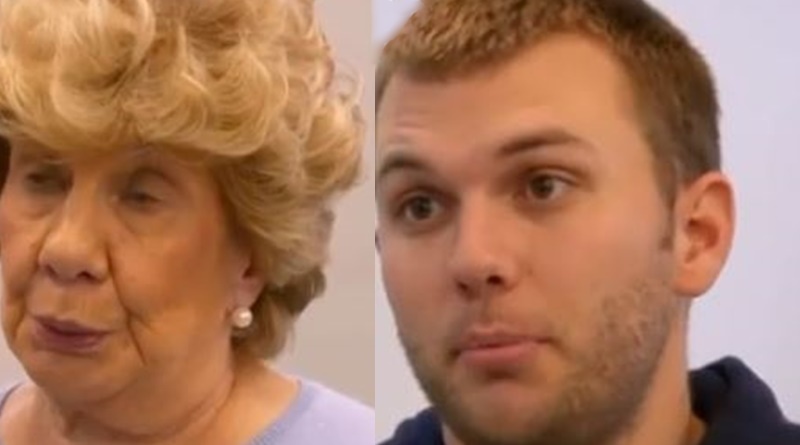 Chrisley Knows Best draws a lot of fans because the show features Nanny Faye. In fact, she and Chase sometimes steal the show from patriarch Todd. In the last episode, they enjoyed the way Nanny Faye and Chase plotted to get Todd to sing.

The show grows increasingly popular. Fans enjoy the good humor that comes out in it. These days, even more people flock to watch the show since it started streaming on Peacock TV. And, Nanny Faye seldom disappoints with her antics. Produced by the USA Network, the show often reveals Nanny Faye doing those her own thing, albeit, somewhat eccentrically.

Often, she ropes in Todd’s son Chase to help her out. Country Living reminds fans that Todd’s got a great singing voice. In fact, the patriarch of Chrisley Knows Best recorded Infinitive Love “in 2016 with country music star Sara Evans.” On August 13, fans saw that Nanny Faye belongs to a group called S-xy Pitches. Fans love that she joined a group with that name! However, she and Chase didn’t do their numbers so well. So, they plotted to get Todd to help her out.

We are coming to you with double the fun this week! Get excited for TWO all-new @chrisley_usa episodes starting at 9/8c! #ChrisleyKnowsBest

Chase and Nanny concocted a plan for Chase to sing really badly. They hoped that when Todd heard them, he’d feel sorry for Nanny Faye and volunteer to take his place. But, he quickly got onto what they tried to do. When they sang Infinite Love he said, “Momma, I just want you to know that I’m on to you…I know what y’all are trying to do.”

Actually, Todd let her”sweat it out” for ages before finally agreeing to sing. On Chrisley Knows Best, Todd talked about how he needs his mom to understand that she shouldn’t try and “manipulate” him. Fans really enjoyed the funny side of Chase and Nanny Faye plotting. But, Todd also got some love after he finally joined in. Notably, it’s not the first time fans saw him sing on the show:

LMAOOOO this episode of #ChrisleyKnowsBest where Todd is singing omg

Over on Twitter, fans talked about the episode. One fan wrote, “#S*xyPitches is a great name for Nanny Faye’s group. Love it.” Another one noted, “Chase and Nanny Faye plotting to get todd to sing is hilarious..” Others laughed at Nanny Faye manipulating Chase as well. This fan commented, “Lmao Nanny Faye trying to guilt trip @ChrisleyChase until getting him to help her get @toddchrisley to sing..”

Fans also loved that the Chrisley Knows Best patriarch finally caved in and helped out. A fan noted, “Tonight’s episode so far is one of the funniest I’ve seen. I’m so happy Todd’s going to sing with her.” Plenty of other fans like that he finally stepped up for his mom. And, they loved the funny way he went about circumventing Chase and Nanny Faye plotting to get him to sing.

Did you enjoy the episode? Sound off in the comments below.