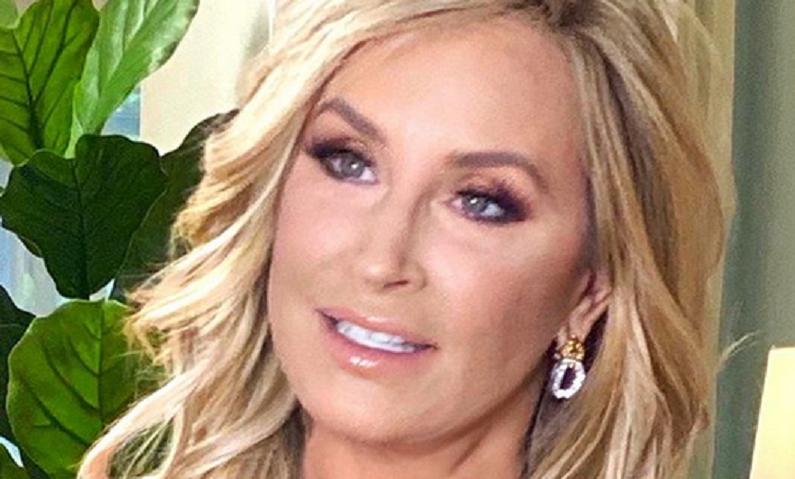 The Real Housewives of New York star Sonja Morgan defended herself. As TV Shows Ace previously reported, Ramona Singer called out the “divas” at the Season 12 reunion. On her now-deleted Instagram Stories post, she claimed that Sonja and Luann de Lesseps arrived late to the taping. She shared a selfie of herself waiting for them while in her dressing room.

Sonja fought back at Ramona. She denied that she arrived late for the taping. She also slammed Ramona for being on her “high horse” all season. In that same interview, Sonja explained why Leah McSweeney’s drunken behavior at Ramona’s birthday party was “worse” than hers.

As per Reality Blurb, Sonja Morgan defended herself against Ramona Singer. She appeared on the August 13 episode of Watch What Happens Live. Host Andy Cohen asked her to share her thoughts on the RHONY Season 12 reunion, which Bravo filmed in Long Island last week.

Sonja started things off by denying Sonja’s claims that she arrived late to the reunion.

“I don’t know who died and made [Ramona] the queen of production but I was there,” the RHONY star explained to Andy. ” I got in my car and I was the one waiting.”

Prior to the reunion, Ramona called out Sonja and Luann by suggesting they were holding up filming. She claimed they held up the cast and crew. However, Sonja revealed that’s not what happened. During the reunion, Sonja said Dorinda got defensive when her excessive drinking and anger issues were brought up. But she understood how her co-star was feeling.

“I think some of the questions were too directed about her drinking and I don’t think it was about drinking,” Sonja explained. “I think it was more about her anger issues in general [and] where they come from.”

Sonja then brought up Ramona’s behavior. She teased that Ramona answered most of the questions due to her stuck-up attitude on recent episodes of RHONY. But she still supports her nonetheless.

“I think Ramona was on a very high horse this season and I like a little more humility from my girl, as much as I love her!” Sonja said.

During a segment on WWHL, Sonja Morgan was asked whether her or Leah’s behavior at Ramona’s birthday party was “worse.” One scene showed Leah grinding on top of Luann during the party. In another shot, Sonja stomped on what looked like a glass table. She claims she wanted to get revenge on Ramona.

“I had to serve that revenge cold,” Sonja explained. “I wasn’t invited to Ramona’s [birthday] last year and she also roped me into a two-hour drive to get a freebie trade-out on that party because I did some photos with this Mr. Scott guy.”

“So I served it up best I could and I also [had known] those ladies for decades,” the Bravo personality continued. “So I’m going to have to say Leah [was worse].”

Sonja not only served revenge, but also a memorable moment in Bravo history.