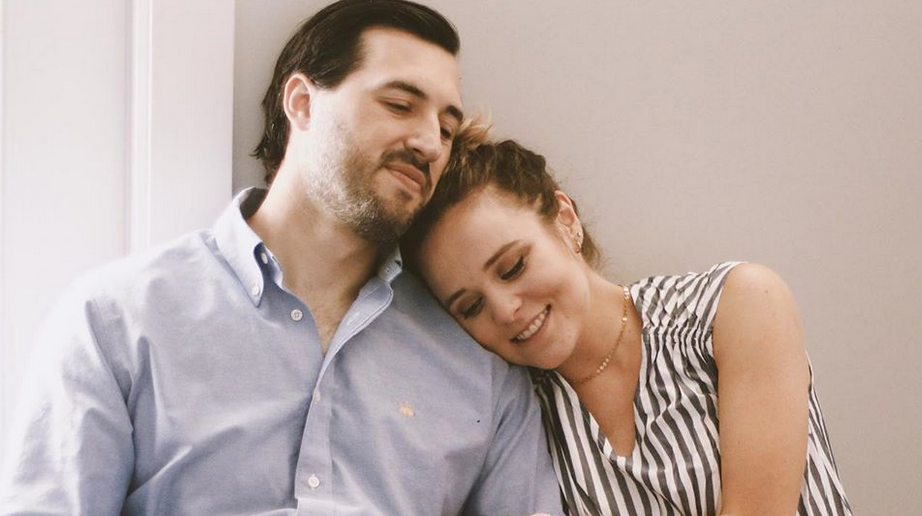 A new episode of TLC’s Counting On airs Tuesday, August 11. In the episode, Jeremy and Jinger Vuolo announce their pregnancy to the Duggar family.

They announce the pregnancy to the family via video chat. This is because Jinger and Jeremy live in Los Angeles, California, while the rest of the family lives in Arkansas. So, this is the best way for them to share their exciting news.

Jeremy explains, “Since mom wasn’t noticing right away, I took the pregnant gingerbread woman and got her closer and closer to the camera.”

Sadly, that pregnancy did not last. Jeremy says, “The morning after we announced to family that we were expecting, Jinger woke up and, woke me up, very early in the morning, saying that she thought she lost the baby. We found out later that day that she had. That was very difficult and definitely a trial for us.”

This miscarriage actually brought Jinger Vuolo closer to her sister, Joy-Anna Forsyth. Both sisters experienced losses very close together. While these losses were hard for them, having each other helped them out. Their sister-in-law Lauren Duggar also experienced an early miscarriage.

Shortly after losing their baby, the couple is pregnant again. Jinger is now about 25 weeks pregnant. Things seem to be going well, and the couple will welcome a baby girl to their family in November. Because everything is going smoothly so far after the miscarriage, Jeremy says, “Having that little one healthy in the womb, and growing strong, is so exciting.”

Felicity isn’t really understanding what’s going on yet, but the Counting On couple is sure that she’s going to be a great big sister. The couple isn’t revealing the baby’s name until she’s born. So, fans are eager to find out the name they use and to see how Felicity interacts with her baby sister.

In the meantime, the couple is preparing for the arrival of their new daughter. They have been sharing updates via social media.

20 weeks down + 20 weeks to go until we meet the newest little addition to our family.💝

So, will you be watching the big reveal on TLC? Leave a comment below!

Don’t miss new episodes of TLC’s Counting On on Tuesdays at 9/8c!