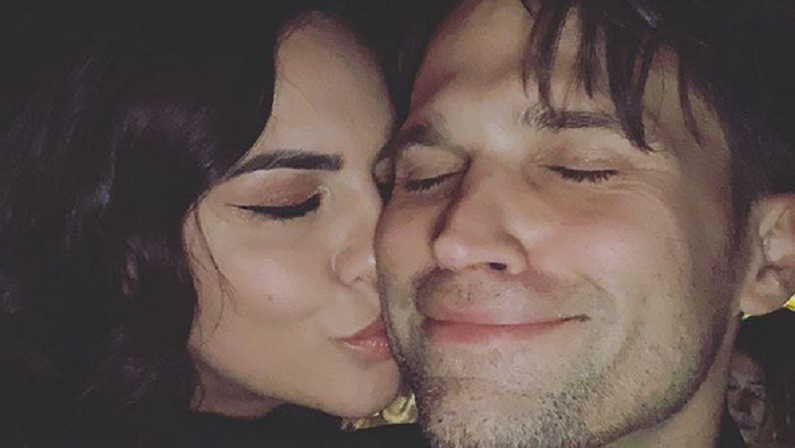 Tom Schwartz and Katie Maloney’s marriage is “flourishing” during the quarantine. The Vanderpump Rules star made an appearance on Lala Kent and Randall Emmett’s podcast, Give Them Lala … With Randall. In the latest episode, Schwartz discussed all things Katie and Pump Rules.

He admits that he’s not an angel. Schwartz made his share of mistakes along the way. The couple has been more good than bad. Most of their relationship woes were seen on Vanderpump Rules. Fans shamed the couple for their lack of intimacy in the bedroom. Schwartz claims that they’re “flourishing” in that area of their relationship. The quarantine has since brought them closer together.

Tom Schwartz on his marriage to Katie Maloney

On the podcast, the VPR talked about the challenges they faced as a couple. Tom Schwartz and Katie Maloney dealt with everything from cheating to losing a marriage license. Schwartz recounted one of the toughest moments in their relationship, as per Reality Blurb.

“One that stands out would be when I had to confess to Katie that I had been unfaithful, that I had cheated on her, that I had made out with some stranger,” the TomTom manager said. “That was one of the most gut-wrenching, awful… and I had to do it twice. I was kind of a make-out s*** for a while… and we had a rocky relationship in the beginning.”

Last pic I took during this season & first pic. I’m not especially known for feeling all the feelings but I felt a lot of them during the finale. 8 years in! What’d you all think of the new cast? They deserve a little shout out bc coming into an established show on its 8th season with a group of not just cast members, but deep rooted friendships and bonds is no easy task. Pumped for you all to see the #tomtom expansion when we get up and running. Enchanted forest chic🌳🌹💎⚙️Alright sending love to you all. PS Is it ok to say “we are all in this together” one last time if it’s in regards to watching tonight’s all new #pumprules ?

But the couple is stronger than ever. Schwartz and Katie’s intimacy has even improved. The quarantine has got them in the mood lately. The Pump Rules stars have remained in quarantine at their $1.9 million home in Los Angeles. While their marriage isn’t “romantic in a traditional sense,” Tom Schwartz admits that it’s “flourishing” behind closed doors and “in terms of being happy together.”

MAKE IT 3 ! I made these muumuus for last Christmas, inspired by one of my favorites lines from home alone 2 but they didn’t make it on time. Then I realized this is a total quarantine vibe. A cozy little reminder that it’s ok to indulge. My new mantra, make it 3. I’m not driving. Available now : Fanjoy.co/tom 🍦🍦🍦 #3scoops @fanjoy #muumuu

Could Stassi Schroeder’s pregnancy news have something to do with it? The VPR alum and her fiancé Beau Clark confirmed they’re having a baby and it’s a girl. Katie was one of the first co-stars to take to Stassi’s Instagram post to congratulate her friends. She hinted that she would love to give Stassi’s daughter a friend.

It’s clear that Tom Schwartz and Katie Maloney are still good friends with their former cast members. Back in June, Bravo fired Stassi Schroeder and Kristen Doute for their past racist actions against former co-star Faith Stowers. On the podcast, Schwartz showed his support for his friends, as per The Blast. He formed a close bond with both women, especially since they’re Katie’s best friends.

“I love my friends and I support them,” Schwartz said. “It’s been rough but we’ll be okay, we’ll get through it.”

Best caption gets a #tomtom hat with custom pin. will sign it if you please. Do your worst. Wait maybe show a little mercy. New #pumprules tonight! We finish strong in Mexico and I redeem myself for a being an ahole to bubba. @bravotv cheers and happy #mondayfunday #pumpday #meow Update: there were so many funny ones, sending caps to two winners one was super niche and one was super topical. a cap & pin . Good laughs good fun. DMed the winners 🤝🏅

In addition, Max Boyens and Brett Caprioni also lost their jobs over their past racist tweets. Despite the firing scandal, Schwartz is optimistic about the future. He feels that it will continue to be a hit without his friends on the show. However, Vanderpump Rules hasn’t yet been renewed for a ninth season.