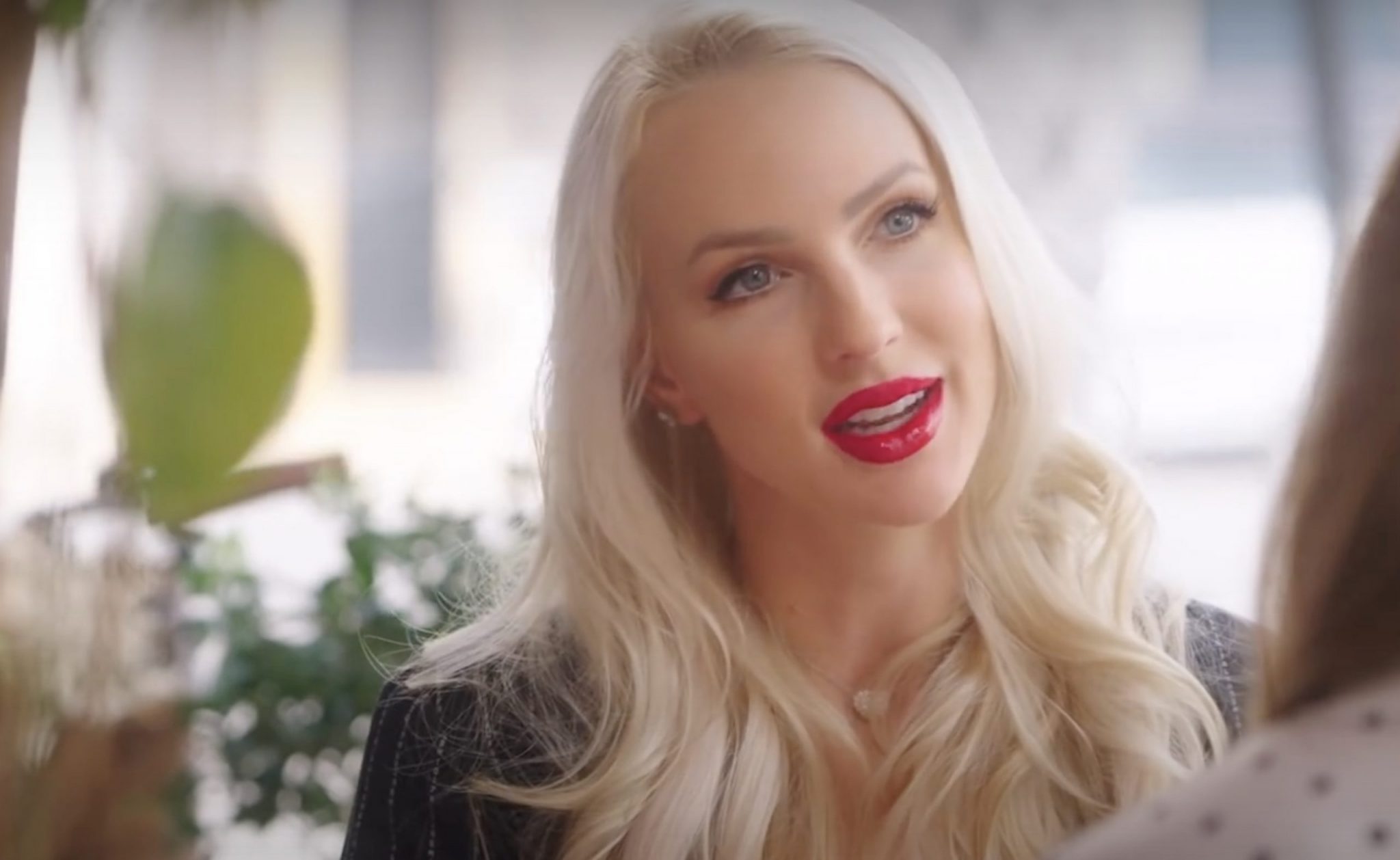 Are you watching all the Selling Sunset Season 3 drama? In addition to all of the Chrishell Stause-Justin Hartley divorce drama, there is Christine Quinn’s wedding. Then, there is the question on whether or not she is pregnant. Do you think she is going to be sporting a baby bump soon?

In Selling Sunset Season 3, the other story line is Christine Quinn’s Gothic wedding. Throughout the third season, the Netflix cameras follow her around as she plans her Winter Wonderland wedding spectacle.

She planned everything from the music, including the theme song from Phantom of the Opera, the cake, a strawberry-filled wedding cake that looks like blood when you cut into it. Then, there is the bespoke wedding gown.

Christine found the perfect gown, but wanted it in black. This is for the Gothic feel. In addition, because everything else is white. The bride should be the center of attention, and Christine Quinn thrives on that sort of attention. Thus, she didn’t want to blend in with white. She always wanted a black wedding gown and she got one.

There was only one problem. When she went into her final dress fittings, this gown did not fit well at the bust. Her breasts were now bigger and she had fit issues. No where else did she gain weight. And then, there is that issue with throwing up.

Her Selling Sunset co-stars seemed to think so!

At the time of filming Selling Sunset Season 3, it was the end of the 2019 year. No one imagined that something called the coronavirus would shut everything down. In early July, Christine Quinn revealed on Goss Chats that she was “really sick” on her wedding day. What Christine Quinn had was the coronavirus.

Some of those same Covid-19 symptoms could easily be mistaken for being pregnant. That included throwing up, feeling weak and just overall sleeping a lot. Christine Quinn also revealed she could not even do her bachelorette party. She was just that sick. Christine was traveling a lot, but she was sick for a full month.

It was not until much later that she discovered she actually had the coronavirus.

No one can deny, Chrishell Stause and Justin Hartley’s divorce overshadowed Christine Quinn’s Wedding in Selling Sunset Season 3. If he had it his way, the This Is Us star would have preferred less attention on them. And, perhaps more attention on Christine, his ex-wife’s nemesis.

The days leading up to the wedding have been overshadowed by the deep emotions of Chrishell being blindsided by Hartley. He texted her that he wanted a divorce and less than an hour later it was all over the press.

Unfortunately for Christine Quinn, even one of the most spectacular weddings could not overshadow a Hollywood divorce.