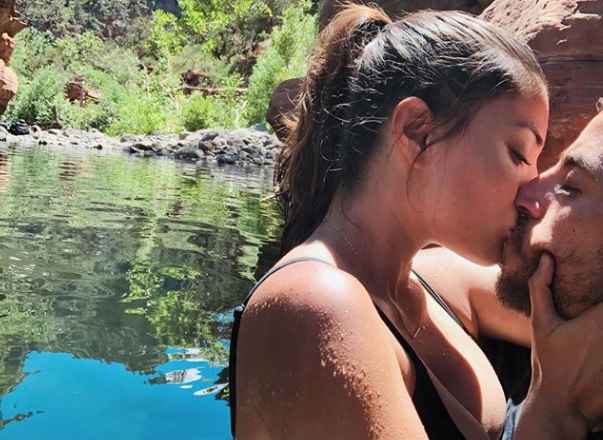 It was recently reported that 90 Day Fiancé star Jorge Nava has finally gotten around to filing divorce papers on Anfisa Arkhipchenko. It has been a rough couple of years for the TLC reality star. Things were great with Anfisa, they got married, but then Jorge was arrested. He spent two-and-half years behind bars during which time his lovely wife moved on to another man. Fast-forward to the current time and Jorge is now over the worst and has moved on to a lovely new lady.

During Jorge Nava’s time in prison, he went on a health binge – working out and eating healthy food. This led to the TLC reality star looking really good as he left prison. After Jorge moved back to Arizona, he is moving on. It turns out he has a new lady in his life and is not looking back.

Blessed is the man who finds wisdom,the man who gains understanding, for she is more profitable than silver and yields better returns than gold.She is more precious than rubies; nothing you desire can compare with her. Long life is in her right hand; in her left hand are riches and honor. Her ways are pleasant ways, and all her paths are peace. She is the tree of life to those that embrace her; those that lay hold of her will be blessed 👩‍❤️‍💋‍👨❤️🙏

In an interview with E! News, Nava opened up about his life and how he met his latest love. Jorge said it was a friendly relationship prior to becoming the loving relationship it is today. He said it was when he went to California to visit his family that they went on their first date. Jorge said a week later, she came and stayed with him and they’ve “kind of been together ever since.”

Nava says they spent time traveling all over Arizona, going on different hikes. They both try to stay as active as they can. While the 90 Day Fiancé star is keeping his new relationship private, he did share an image with his girlfriend while in Arizona and another at the beach.

Life for Jorge after Anfisa

When Jorge was asked about how things are with Anfisa, he said it got tenser and tenser while he was in prison. Nava said he got no visits from Anfisa while he was there. When talking to Anfisa on the phone, she reportedly would say “some of the nastiest things.”

According to Jorge, Anfisa was never there to support him mentally when he was down. He claims it was almost a blessing to go to prison, as he came out a new person. The TLC reality star says he is healthier, mentally strong and totally different from how he was before.

As reported here, Jorge has finally started the process of divorce from Anfisa and has the support of his family and his new love for his life ahead. Nava said he just wants a clean split and move on with his life. The TLC reality star said he didn’t ask Anfisa for anything and is trying to keep everything as clean as possible.

Good luck to Jorge Nava as he continues his life with his new love.