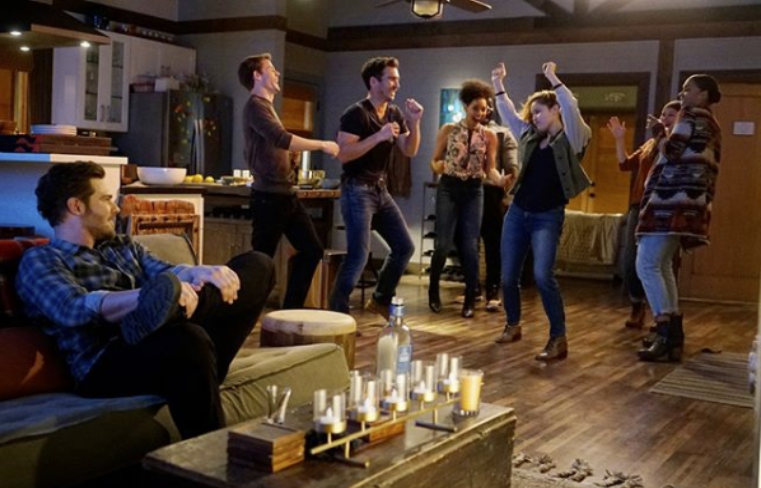 The pandemic took a huge hit to the television scene as we know it. Many of our favorite shows halted production in the spring and there is no word about when they can resume in the fall. Grey’s Anatomy, Station 19‘s sister show, left four episodes unaired due to the pandemic. But we have a little bit of good news. In a recent People interview, Station 19 actor Boris Kodjoe confirms the cast will begin working soon. Our Thursday nights are about to be awesome again!

Just a heads up, the following content will contain spoilers about last season.

If everything goes according to plan, Boris says Station 19 will resume production at the end of August. However, there are many things to consider first. The actor confirms the set will have protective measures in place to keep the cast and crew safe at all times. They even get tested every two days, three times a week, to confirm they are not carrying the virus.

You can watch the interview here:

.@BorisKodjoe Reveals The Cast Of 'Station 19' Recently ‘Got A Start Date’ For Filming Season 4 #PeopleNow pic.twitter.com/uVWu3NqgTe

We’re still waiting to hear when Grey’s Anatomy can resume production, but the Station 19 announcement seems like a good sign. We recently reported how the fall season would feature some casting shakeups. Actress Stefania Spampinato (Dr. Carina DeLuca) will leave Grey’s and be a Station 19 cast member instead. Her character is now in a relationship with Station 19‘s Maya Bishop, played by Danielle Savre.

Station 19 Goes Down A Dark Road

After the Station 19 finale back in the spring, we’re very glad that production is picking up again. We need answers!

If you paid attention last season, you know our heroine Andy was really put through the wringer. Showrunner Krista Vernoff decided Andy needed a little more drama in her life.

“Here’s what I know: having lived as many decades as I have now, sometimes life beats the s–t out of you. Like, sometimes life just beats the crap out of you everywhere you turn,” says Vernoff. “It tends to rain, like when it rains it pours. We hear these stories all the time, like she lost her best friend and her mom in the same month, and then her dog died. But it’s rare it happens on television like that. We tend to save it, you know, someone can lose their mom one season and their best friend another season. In television you want to parse it out, and I just felt like Andy was ripe for some abuse from life.”

Ouch. That’s rough. Vernoff goes on to say that she didn’t think life had been rough enough for Andy yet. She added she’s looking forward to exploring a darker Andy Herrera and thinks Andy’s actress, Jaina Lee Ortiz, is more than capable of handling it.

What do you think will happen next with Station 19? Stay tuned and we will fill you in when we learn more. Follow TV Shows Ace on social media for all the latest updates.