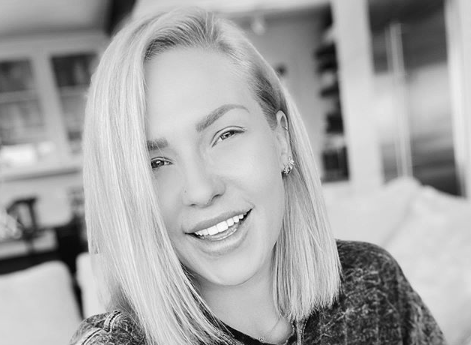 There is still quite a bit we don’t know about the upcoming season of Dancing With The Stars. Right now, we do know the new season will air on Monday nights in September. We also know Tyra Banks replaces Tom Bergeron and Erin Andrews as the show’s host. Unfortunately, that’s about all right now. We don’t even know who all the celebrity contestants are. Right now, only reality TV star Kaitlyn Bristowe is confirmed.

Will Sharna Burges Make Her Return?

Sharna Burgess won Season 27, but DWTS execs didn’t ask her to return for Season 28. Season 29 airs in just a few short weeks — will she be asked this time? Sharna recently reminisced on her win with partner Bobby Bones on Instagram after the show announced Tom and Erin’s departure:

Listen.. I’m just glad I convinced you both to floss in @mrbobbybones and my freestyle … Even if Tom took it literally #yolo 😉 You’re both superstars and I’ve loved both working with you and watching you work. Here’s to all the memories and all the laughs and all the tears with a few scandals, injuries and nip slips thrown in for fun 😉 (remember that 🤦🏻‍♀️😂) Cannot wait to see what’s next for you two. Big big love and tons of gratitude 💕💕💕💕 . @erinandrews @tombergeron

Since her big win two seasons ago, Sharna has been busy preparing for the day she might return to the stage.

“I certainly wasn’t ready to walk away from it last year. I’ve still got more in me,” Sharna continued. “If they give me a shot, I will be over the moon, but who knows? I don’t know. No one’s heard anything.” She goes on to say that she still has a lot of love for all her former castmates.

When DWTS announced they intended to replace Tom Bergeron and Erin Andrews, Sharna was shocked. She even texted Tom to check in on him.

“I do think it’s exciting that [they’re] changing it up. It has been 28 seasons,” said Sharna. “You know, dancing is trying to figure out how to change things up and make it exciting for our fans without, you know, losing too much of what they love — but maybe giving them something they didn’t know they wanted.”

The Dancing With The Stars executives announced they wanted to go in a new creative direction. Tyra Banks became their new choice for the show’s hostess.

“I’m actually really, really excited to see Tyra out there. I think she’s beautiful. I love what she’s done before,” Sharna said about the new casting choice.

Other DWTS pro dancers expressed similar sentiments. Even if the cast misses Tom and Erin, they are handling the situation very professionally and are willing to welcome Tyra to the family.

Will you be watching Season 29? Sound off in the comments down below. We will all miss Tom and Erin, but don’t you think we should give Tyra Banks a chance? She has lots of hosting experience and may do an excellent job. We’re excited to see what the future holds for Dancing With The Stars.