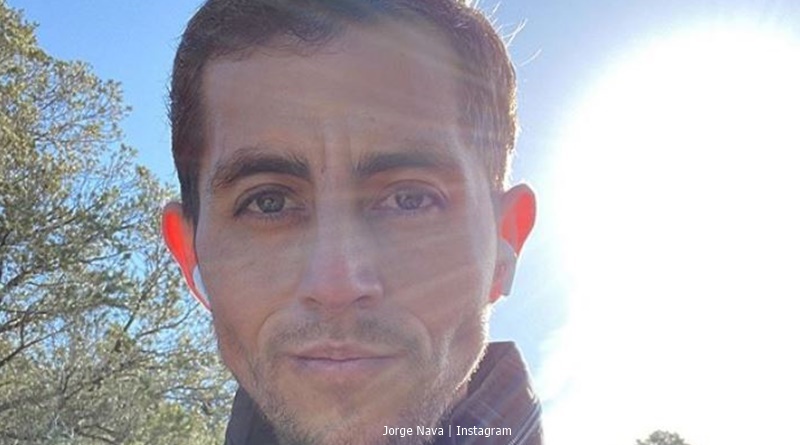 90 Day Fiance alum Jorge Nava hinted at a new woman in his life back in early June. Fans suspect she’s someone with the Instagram profile of Blua. Now, he posted a few close-up photos. Actually, the first was so far away some fan wondered if he hooked up with Anfisa again. The latest photos show that they get down to some serious PDA and fans agree she’s a major upgrade on Anfisa.

We reported that fans really hope the TLC alum reveals more details about his new girlfriend. And, any suggestion they might just be friends got set aside now. Jorge shared two photos on Wednesday. In the first one, he stood in the shallow waves with the ocean behind him. In his arms, with her legs wrapped around his waist, she kissed Jorge. He never tagged the photo so it’s not clear where it got taken.

In the next picture, the 90 Day Fiance star revealed a romantic-looking setting. He captioned it with “Summer Vibes.” They sat in a natural-looking pool set amongst trees and rocks. This time, they kissed right up close to the camera. So close, that fans commented on Jorge’s long eyelashes. While some fans think she might be Anfisa, others agree that’s not the case. After all, this girl sports a normal-looking physique. Recall, Anifsa works out and looks extremely muscular.

Many fans agree this Jorge’s new girl looks Latina. One fan wrote, “Good to see your happy man, anfisa really wasnt the one but this one I’m glad your happy with 😎.” Another fan, equally happy noted, “Happy for you…Not only do you look healthy but you look GENUINELY happy…🙌🏼💯” Meanwhile, some fans teased that they feel very “jealous.” Actually, about 38 other people said the same thing. And, plenty of fans think Jorge looks handsome and s*xy now he lost weight and got fit.

One thing most 90 Day Fiance fans agree on, is that Jorge’s new girlfriend looks like a major upgrade on his ex. One said, “So much better upgrade!! Congratulations!” Lots of similar comments rolled in. People still plead for Jorge to give them all of her details and introduce her properly. The Sun US noted that he “told his followers he’d introduced her to them if he got 1M followers on Instagram.” Well, fans could wait a very long time as he managed only 270k followers so far.

Maybe one day soon, Jorge takes pity on all his followers and makes a proper introduction. Maybe he just hopes that things turn out and when he feels totally confident, he spills all the beans. Or, he may wait until his divorce from Anfisa comes through.