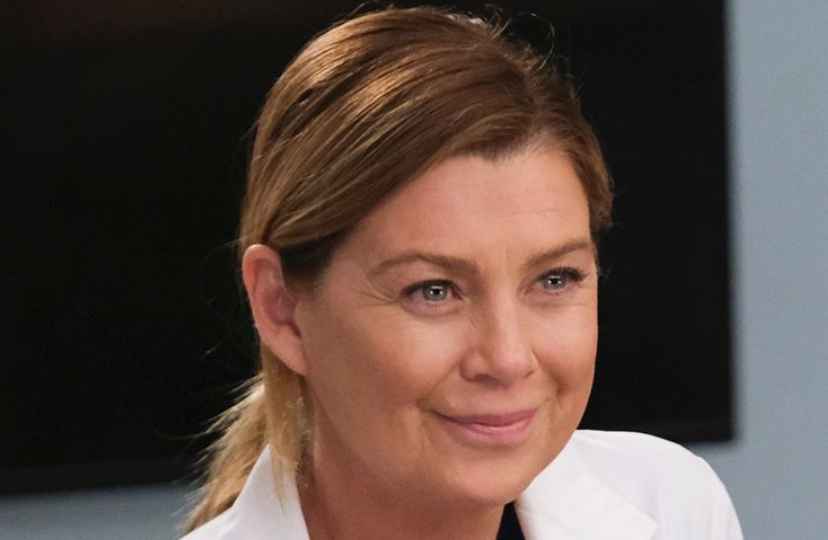 Grey’s Anatomy has been running for an amazing 15 years. Right from the start, Ellen Pompeo, 50, has played the role of the titular Meredith Grey. In a recent interview, Ellen opened up about why she is still with the Shonda Rhimes show. Basically, it is about money and financial security.

Ellen Pompeo is with Grey’s Anatomy for the financial security

There is no doubt Ellen Pompeo enjoys playing the role of Meredith Grey on the long-running ABC medical drama. The role has given her the financial security she craves, which she says has been her priority all along. Ellen admits she doesn’t want to have to be out there “chasing things, running after things, begging” for a role. She rather sees Grey’s Anatomy for the blessing it is.

With Love and gratitude ❤️🙏🏼.

In a new interview with the Unbothered podcast, Ellen notes how important Grey’s Anatomy has been to her while providing for her family. She and her husband Chris Ivery share a son, Eli, 3, and two daughters – Stella, 10, and Sienna, 5. Providing for her family is the word, as it was revealed back in 2018 that Pompeo has negotiated a $20 million annual paycheck. This makes her one of the highest-paid TV actresses.

Ellen says for her, personally, a healthy home life is more important than a career. She admits she herself didn’t have a particularly happy childhood. This makes the idea of having this great husband (Chris) and three beautiful children something she really needs. Her happy home life makes her complete and closes a hole in her heart.

How incredible was the #GreysAnatomy season finale, directed by @deborahmpratt?! 😍

Many TV actors constantly have to chase roles. Pompeo decided she would never do this. Once she found how financially secure the Shonda Rhimes show makes her, she stuck with it. Ellen says she will never be “that thirsty” to beg for roles outside Grey’s Anatomy.

Pompeo also points out that she “got in the game late.”  She was 33 when she first started with Grey’s Anatomy. Moreover, she only started having children at the age of 40. Ellen did admit that if she had started younger, at 25 for example, she would probably have “dipped out” at the age of 31 or 32 when her six-year contract was up. So, basically, her age has a lot to do with why she stays on the ABC drama. While Ellen says many actors try to run away from stuff they are well-known for, she completely embraces it.

Pompeo says at her age and where her life is, she is not about to run away from anything. She went on to describe a real passion she has and that is talking about and breaking down “systemic racism in the healthcare industry.” Ellen says this is something that has always plagued her and she believes the show has given her a “real window” into that.

I am profoundly sad that I see still…STILL ..on my feed….all lives matter…take a moment take a deep breath before you get defensive and react to these words you see here in this picture….read the caption below… black lives are not valued in this country and though you may not understand everyday is a day to turn your energy around and see that people are in pain and educate yourself as to why…. the black lives matter movement is not about you … it’s about black lives and they have a right to value their lives just as you value yours… try love try compassion…it feels better than anger… I promise ❤️ . . I have privilege as a white person because I can do all of these things without thinking twice: I can go birding (#ChristianCooper) I can go jogging (#AmaudArbery) I can relax in the comfort of my own home (#BothemSean and #AtatianaJefferson) I can ask for help after being in a car crash (#JonathanFerrell and #RenishaMcBride) I can have a cellphone (StephonClark) I can leave a party to get to safety (JordanEdwards) I can play loud music (JordanDavis) I can sell CDs (AltonSterling) I can sleep (AiyanaJones) I can walk from the corner store (MikeBrown) I can play cops and robbers (TamirRice) I can go to church (Charleston9) I can walk home with Skittles (TrayvonMartin) I can hold a hair brush while leaving my own bachelor party (SeanBell) I can party on New Years (OscarGrant) I can get a normal traffic ticket (SandraBland) I can lawfully carry a weapon (PhilandoCastile) I can break down on a public road with car problems (CoreyJones) I can shop at Walmart (JohnCrawford)  I can have a disabled vehicle (TerrenceCrutcher) I can read a book in my own car (KeithScott) I can be a 10yr old walking with our grandfather (#CliffordGlover) I can decorate for a party (#ClaudeReese) I can ask a cop a question (#RandyEvans) I can cash a check in peace (#YvonneSmallwood) I can take out my wallet (#AmadouDiallo) I can run (#WalterScott) I can breathe (#EricGarner) I can live (#FreddieGray) I CAN BE ARRESTED WITHOUT THE FEAR OF BEING MURDERED (#GeorgeFloyd) White privilege is real. Take a minute to consider a Black person’s experience today. #blacklivesmatter

Pompeo stresses that this is a platform she is very passionate about and she will continue to do more work in that arena. She says basically, Grey’s has been a gift for her and she chooses to see it that way.

Grey’s Anatomy fans are no doubt thrilled that Ellen chose to stay in the role of Meredith Grey for all these many years!