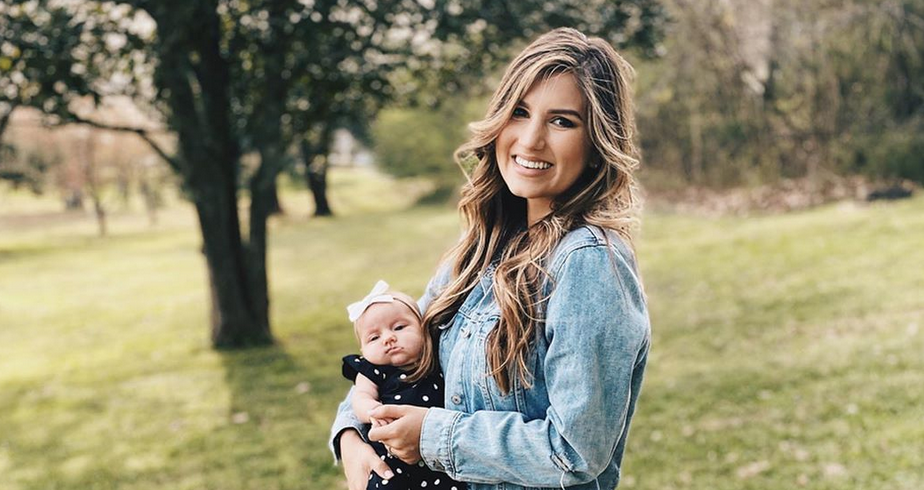 Carlin Bates and Evan Stewart of Bringing Up Bates took their six-month-old daughter Layla Rae to the doctor recently. This comes after Layla’s other health concerns, including a hole in her heart. The young parents document their trip to the doctor and share about Layla’s health. Amid life’s up and downs, Carlin stays positive and often shares uplifting messages.

What health issues does Layla Stewart have?

Previously, Carlin and Evan opened up about Layla’s health issues. She has a hole in her heart and had low oxygen at one point. Through all of Layla’s health scares, Carlin tries to keep her followers up to date. In late June, the young mom gave an update, saying, “She still has little breathing episodes that we have to monitor because of the hole in her heart, but the doctors have told us that this will most likely heal itself. We have to keep a close eye on her and sometimes that’s a little scary, but I’m learning to trust God through this daily!”

In their new YouTube video, Carlin and Evan reveal that they are considering taking Layla to the pediatrician. Carlin says that Layla didn’t sleep well and that she had a stuffy nose. She has also been fussy. Carlin and Evan point out that they are first-time parents, so they are a little more anxious and want to be extra cautious.

So, the parents called the pediatrician to see if they should bring Layla in to check her out. They decide to take her to see if there’s anything going on. As reported by TV Shows Ace, Carlin got some heat after wearing her mask incorrectly.

Carlin Bates and Evan Stewart show a clip of Layla breathing in an odd way while sleeping. They also ask their viewers, especially those in the medical field, to leave a comment if they know what’s going on with Layla and her breathing. Some think she might be having a bad dream.

Ultimately, it’s likely that Layla has a cold or is just not feeling well due to weather changes. The parents point out that they will be back for Layla’s six-month checkup the following week anyway, so they can check in again then. But, in the meantime, they’re just going to keep a close eye on the baby.

Fortunately, there doesn’t appear to be a major health issue. Of course, Carlin and Evan will continue to update their followers.

So, did you watch Carlin and Evan’s video? Share your thoughts in the comments below.