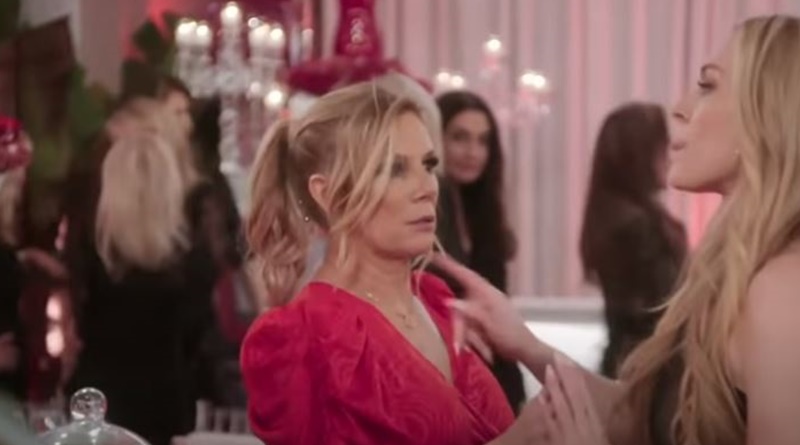 RHONY gets fans criticizing the Bravo show with almost every episode. But this year, Ramona Singer seemingly gets the brunt of angry fans. Almost every episode, she gets slammed for one thing or another. In the latest episode, fans grew angry about so many things she says. For starters, she referred to resort staff as “servants” and that annoys people. People call her out for her obnoxious and arrogant ways. One Real Housewives of New York City critic termed her a “despicable excuse for a human!”

In the last few weeks alone, Ramona got slammed when the toilet became blocked. That grossed out fans who also noticed she made much ado brandishing the plunger and putting her hand in the bowl. She didn’t tip a waiter either. And, we reported she got backlash after she melted down at her birthday and threatened to leave the Real Housewives of New York City show. Recall, she also went on and on about being very special, claiming she’s in the top 1% of the wealthy.

RHONY fans thought she lied about that and pointed out she behaves as if she lives in a gutter sometimes. She tries coming out all arrogant and rich, fans think, but then behaves like an out of control teenager sometimes. Many people slam her for it on social media. And this week, more people slapped at her.  This week, her bad behavior came at a fancy Cancun resort in Mexico. Dorinda Medley made the arrangements for the ladies and it looked fine at first.

Reality Tea reported that once again, too much alcohol made its way into the show once again. Sonja got into the booze, and of course, who didn’t expect that Leah would clash with Ramona after the bust-up at the birthday party? So, Mexico came with all the right ingredients for the usual drama. But, the ire of fans arose almost as soon as they all arrived in Cancun. The meet and greet went down very well. All the ladies seemed rather impressed. Meanwhile, wandering off a bit, Ramona found loads of staff all ready to attend to all their needs.

Carelessly, and some RHONY fans felt, classlessly, she called them “servants.”  Her behavior in the episode saw many people call her unflattering names. One follower on Twitter wrote, “What a grade A, nasty a–hole!” They also called her  “a despicable excuse for a human!” Not alone, others chimed in. They grew angry that Ramona started discussing Leah’s mental health on the show. One person noted, “Ramona All-Lives-Matter Singer was so wrong for gossiping about Leah’s mental health. SHE is the one cheapening the group.”

Ramona is a despicable monster. "LOOK HOW MANY SERVANTS!" #RHONY

Another disgruntled fan of RHONY said, “Ramona is a horrible person!” And, talking about calling the resort staff “servants,” one commented, “@Andy time for Ramona to be held accountable. Disgusting person! People in the service industry are not your servants!!!”

What do you think about Ramona getting fans more and worked up as the season progresses? Sound off in the comments below.