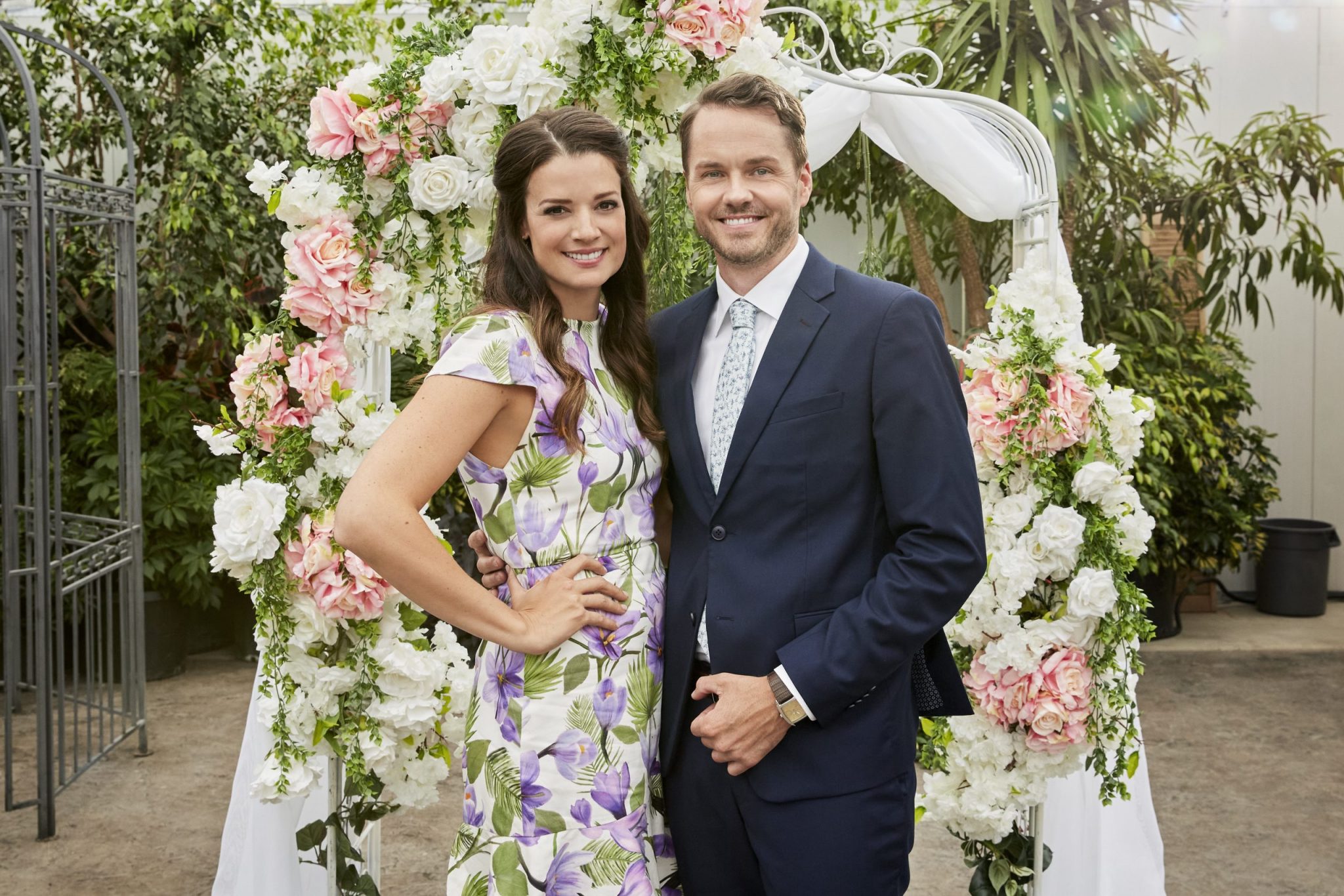 Hallmark’s Wedding Every Weekend puts together two singletons who would rather stay unattached. This new romance reunites Paul Campbell (Hearts of Christmas) and Kimberley Sustad (Sense, Sensibility & Snowmen). This Hallmark Summer Nights movie premieres on Saturday, August 15 on the Hallmark Channel. What do we know about this new movie?

What Is Hallmark’s Wedding Every Weekend About?

According to the Hallmark press release, Brooke Ethridge (Sustad) suddenly finds herself at the pitiable singles table. No one wants the embarrassment of sitting there as their close friends tie the knot.

Worse yet, this is the first of four weddings in a row. Brooke is just dreading it. At this wedding she encounters Nate Thomas (Campbell). They recently met and it turns out, he is not interested in getting involved with anyone anytime soon.

Their common goal gives them a reason to hang out out at the reception, while the other couples are too busy to notice. The next week, when they meet at the second wedding Brooke and Nate compare notes. Turns out they are going to all the same weddings. In addition, they are Maid of Honor and Best Man in the fourth one.

This is cause for celebration and a pact. The two are now “wedding buddies.” Hanging out together will be their respite from feeling bad about being single at the Mecca of romantic events.

Their friendship starts strong. But, it looks like it could be much more. Yet, a misunderstanding could derail the relationship and love they each always wanted.

When Can You Watch Wedding Every Weekend?

Hallmark’s Wedding Every Weekend premieres on Saturday, August 15 at 9 p.m. Eastern time on the Hallmark Channel. Encore showings include Sunday, August 16 at 7 p.m., Tuesday, August 18 at 8 p.m., Saturday, August 22 at 5 p.m. and Sunday August 23, 1 p.m., all times Eastern. Be sure to always check listings in case of a schedule change or additional times.

Hallmark’s Summer Nights is back starting on August 1. The first summer romance is the breathtaking Romance In The Air. Starring Cindy Busby (Marrying Mr. Darcy) and Torrance Coombs (Royally Ever After). This is lofty romance that will take viewers to new heights.

Eden (Busby) needs to pivot. She has returned to Lake Tahoe to figure out her next career move. That is, if she still has one. This is the place she visited as a child and still love. In this stunning area, she reunites with her childhood friend Riley (Coombs).

They spend some time in hot air balloons, where she finds that the different point of view can help figure out what is next.

Her beloved aunt has been injured in an accident and cannot take care of her quaint inn. Lily, a Seattle-based interior designer, has come to rescue her relation. But, she first goes head to head with Marcus (Rosner), a seaplane pilot. Turns out, Marcus and her aunt already are pals and are in each other’s lives. And, it turns out, he is a pretty good guy.

This is  relaxing summer movie that promises romance some very cute rescue dogs!

Hallmark’s Summer Nights starts on August 1. The first movie is Romance In the Air. This premieres on Saturday, August 1 at 9 p.m. Eastern time on the Hallmark Channel.